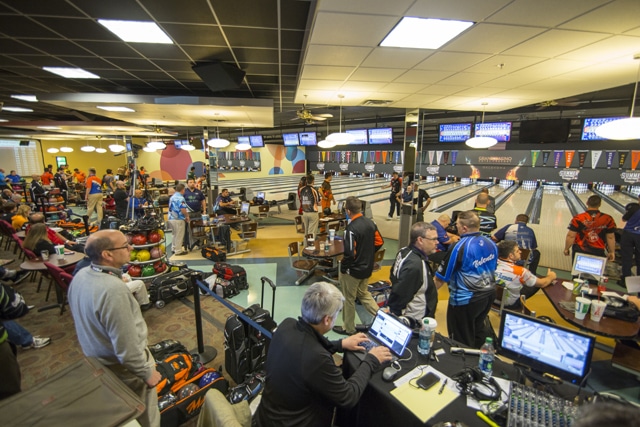 The Professional Bowlers Association has revised its FireLake PBA Tournament of Champions schedule this week due to a logistical problem which delayed the arrival of one of the PBA’s semi-trailers transporting bowling ball inventory and equipment of many TOC players from last week’s Barbasol PBA Players Championship in Columbus, Ohio, to Shawnee.

The official practice session will be moved to Tuesday and the FireLake PBA Tournament of Champions will officially get underway Wednesday, a day later than planned. The TOC will be completed as planned, with only a minor adjustment in the format in order to complete the event in time for the live ESPN-televised finals Sunday at 1 p.m. ET.

Originally planned for 40 qualifying games, the schedule will be revised by reducing the third qualifying round from eight to seven games on Friday to accommodate an earlier start time, and the Round of 24 will take place Friday evening. The final eight games of qualifying to determine the five stepladder finalists will begin at 9 a.m. CST Saturday.

“The FireLake PBA Tournament of Champions is the PBA’s signature championship,” said PBA Deputy Commissioner Kirk von Krueger. “In order to provide our players, and our fans, with an event that meets the expectations of a major championship, we have made necessary adjustments in order to retain the integrity of the event.”