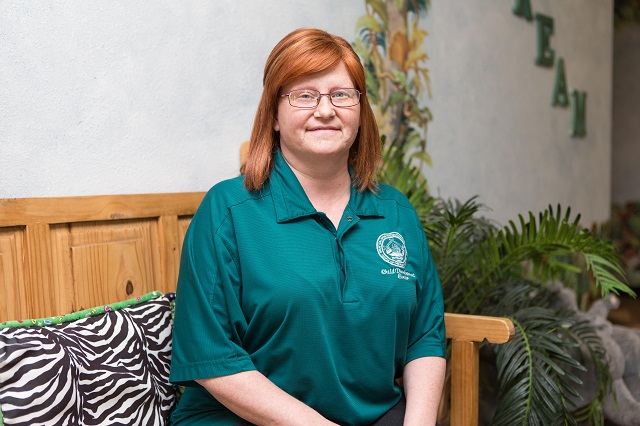 Shelley Johnson has been an assistant teacher at Citizen Potawatomi Nation Child Development Center for more than a decade. When she was hired, she began working in the infant room, but now teaches the three-year-olds alongside two master teachers.

In July 2016, Johnson was diagnosed with breast cancer that spread to her lymph nodes. Shortly after, she underwent surgery to remove the tumor and started her first round of chemotherapy on August 26. She started her second round on November 18 and has a surgery scheduled to remove the remaining three lymph nodes.

“Shelley is a great teacher with a lot of compassion for the children,” said CPN Child Development Center Director Donnette Littlehead. “She has been with me for more than 13 years and with everything she is fighting with personally, she is always wondering if everything is OK in her classroom. I could not ask for a better teacher than her. She is family within the child development center; we all love her so much.”

Johnson expresses the same feelings towards the children and employees at the child development center. She could not imagine doing anything besides working with children.

“I’ve been working with kids my whole life,” Johnson said. “Teaching my three-year-olds brightens my day while I’ve been going through treatment and the staff at the child development center is wonderful.”

Johnson lives in Tecumseh with her daughter Kira Wakolee, 18, son Kalani Johnson, 6, and husband of four years Richard Johnson, who she says has been a fantastic support system during the time of her illness.

“My husband has been to all of my doctor’s visits on top of working night shift in Oklahoma City full time,” Johnson said. “He has never missed an appointment.”

On top of her supportive family, she also has people who care about her at work as well. Johnson has worked alongside Megan Walker for the 13 years she has been employed with CPN.

“Shelley is very dedicated to her job and the kids,” Walker said. “Even in the last six months with everything that is going on with her cancer diagnosis, she was working every day that she felt well enough. She is always thinking of others.”

With a second surgery and another six weeks of radiation ahead of her, she feels blessed to be working at the child development center.

“CPN is a great place to work. The people I work with have been like family and go out of their way to help,” Johnson said.

To learn more about working for CPN, please visit www.firelakejobs.com.