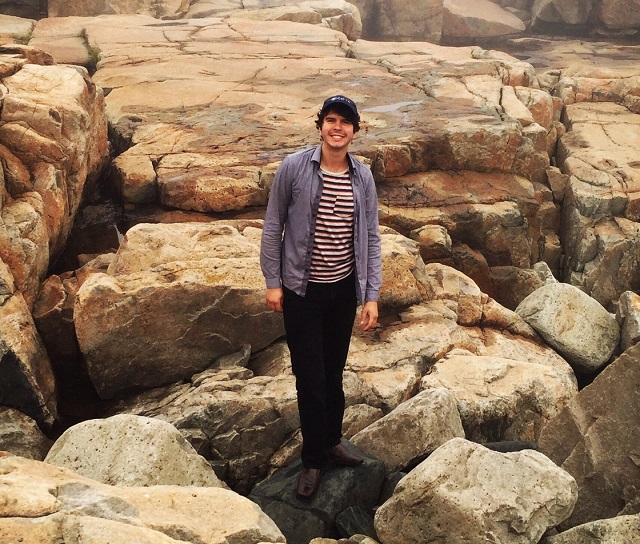 Slavin family descendent Elan Pochedley was a student in the Potawatomi Leadership Program in 2012. Since then, he has used the information he learned to gain internships and support Native American interests. Pochedley, who graduated as a PLP one year after his sister Lakota went through the program, answered the following questions about how the program impacted his life.

Why did you choose to do the PLP?

“I chose to participate in the Potawatomi Leadership Program because I wanted to meet and work with other Citizen Potawatomi who are my age. I also wanted to observe how the tribe’s administration functioned because I grew up far away from central Oklahoma.”

What did you learn from the program?

“During the program, my most important lessons came from other PLPs and from the tribe’s attorney, Gregory Quinlan. Throughout my stay at the Sharp House, I got to know many brilliant people. The one thing we held in common, aside from being enrolled Citizen Potawatomi, was the impulse to learn more about our culture and our history. Quinlan introduced me to tribal law and Federal Indian Policy – a legal realm that I would return to throughout my research as an undergraduate student at Columbia University.

“The PLP allowed me to realize that I was not alone in a pursuit to learn more from and about my people, and that Natives of all creeds and colors must collaborate and support each other in pursuits of a better, more stable, healthier and less toxic world. Speaking to this, I urge fellow CPN members to provide vocal and material support to the protesters and peoples at Standing Rock.”

What have you been doing since you finished the PLP?

“Following my time as a PLP, I have completed my bachelor’s degree from Columbia, graduating with honors for my major in ethnic studies and obtaining a concentration in political science. I have held internships with the National Congress of American Indians and with the CPN Cultural Heritage Center, in addition to being a Mellon Mays Undergraduate Fellowship recipient.

“I was co-president of Columbia’s Native American Council and assisted in the process of organizing the installation of a plaque recognizing Manhattan as traditional Lenape territory on the university’s campus. I was also a member of the editorial board for the Columbia Daily Spectator during my senior year of college. I have begun a PhD program in Sociocultural Anthropology at the University of Minnesota this fall.”

How did your internship at the CPN Cultural Heritage Center impact you?

“While interning at the CPN Cultural Heritage Center, I simultaneously researched the tribe’s legal and landbased history and worked on web development for www.potawatomiheritage.org. The knowledge I gained throughout the research process directly influenced my senior thesis, a work that focused on Citizen Potawatomi territorial, political, governmental, and representational fluctuations from 1861-present.”