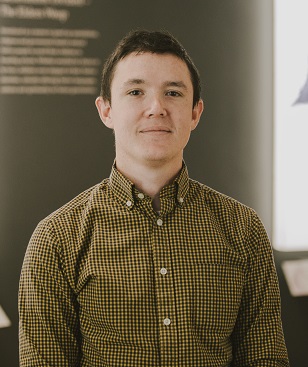 In 1966, the National Historic Preservation Act was signed into law as an attempt to end the adverse effects of development on historically significant properties. Ten years later, a review process was expanded to cover all archeological sites, buildings and lands. The review process requires a federal agency to make sure each construction project does not harm historic properties.

Under section 106 of the NHPA, interested parties are allowed to comment on the potential impact of a project on a historic property. Federally-recognized Native American tribes’ land received enhanced protections under a 1992 amendment, allowing tribes to apply for a staff member who would become a Tribal Historic Preservation Officer. These THPOs comment on planned developments on culturally significant properties sites and work with federal agencies to minimize harm. Out of the more than 500 federally-recognized tribes in the United States, about 260 tribes have these offices. CPN Cultural Heritage Center Director and tribal member Kelli Mosteller, Ph.D., is the current THPO for Citizen Potawatomi Nation and Andrew Gourd – a Seneca-Cayuga member – is the assistant THPO. CPN started the process of getting certified in 2006 and each CHC director has been the acting THPO since that time, handling up to 2,000 projects per year.

CPN Cultural Heritage Center Director and tribal member Kelli Mosteller, Ph.D., is the current THPO for Citizen Potawatomi Nation and Andrew Gourd – a Seneca-Cayuga member – is the assistant THPO. CPN started the process of getting certified in 2006 and each CHC director has been the acting THPO since that time, handling up to 2,000 projects per year.

CPN’s office has three main focuses: federal undertakings in CPN-owned properties and historical reservations, tower construction notification system provided by the Federal Communication Commission and federally funded construction projects in areas of historic occupation that are heavily urbanized. The first two in the list are what Gourd focuses on the most.

Federal undertakings in CPN-owned properties means that the tribe can comment on federally-funded construction projects or those that fill out federal permits. This covers the CPN-owned land in Pottawatomie and Cleveland Counties in Oklahoma and Rossville, Kansas. Since Gourd started in October 2015, 476 of these project requests have come in the mail, which doesn’t include dozens of project requests sent via email.

“Our office can only give opinions on things that are federal undertakings. That’s where a great limit to our power is,” Gourd said.

The second type of project – tower construction notification system – comes to CPN’s THPO any time a cell phone tower is being built anywhere the tribe has ever lived. Gourd researches whether that location may have ancestral remains, a Potawatomi village or historic marker. CPN has to be consulted on the chance that something with cultural or historical significance is unearthed. Gourd calculated 250 records of these projects since April 2016 and 25 more are pending his responses.

“Most of the time, people are really good about working with us,” Gourd said. “Since I began working here in October, we haven’t come across a project yet where we have to put our foot down and shut it down completely.”

Gourd has a bachelor’s degree in anthropology from the University of Oklahoma and focused on archeology. He went to several archeology field schools and was an archeological technician for the Oklahoma Archeological Survey upon graduation.

“I wanted to use this degree to go work for my people or another tribe in Oklahoma,” Gourd said. “In my undergrad, there was a class offered by the Native American studies department that focused on historic preservation. In this class, taught by Joe Watkins, Ph.D., we learned what a THPO was and studied the paperwork, advantages and disadvantages. I took that class my junior year and knew that’s what I wanted to do. That’s a true expression of sovereignty for a tribe.”

Mosteller said that THPOs normally have six to eight employees, but CPN only has one full-time person dedicated to the projects and one parttime person. Gourd handles the bulk of the day-to-day work, while Mosteller manages the heritage center.

CPN has more requests than other tribes because of several removals and being a seasonally-nomadic tribe. When construction is happening in numerous parts of the country where CPN has resided, including Indiana, Illinois, Wisconsin, Minnesota or Kansas, the THPO is contacted for their opinions and approval of the project.

“There are all of these places that we’ve touched. Whereas some other tribes may be confined to a reservation on their traditional homeland, those are the only projects that come to them,” Gourd said. “They haven’t had all these other removals and places that are important to their story like we do here, so they might not get as many projects come across their desks.”

“Other tribe’s projects tend to be fewer, but much deeper. They could speak to the cultural significance of every acre of land,” Mosteller added. “Ours are shallower, but very, very broad. We have a lot of projects that we cannot comment in great detail, but we have to be able to keep our eye on the things we do know about. THPO is the same office, but each tribe’s circumstances are unique.”

If you have any questions about THPO, please contact Gourd at the heritage center by calling (405) 878-5830 or watching the following video.