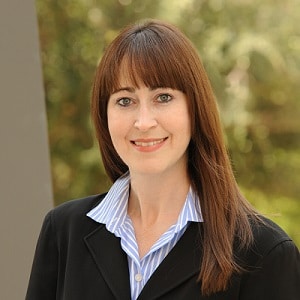 Amidst the ballot options available to CPN voters at the 2016 Family Reunion Festival were confirmations of executive appointments to the CPN Supreme Court. Tribal member Jennifer Lamirand was the newest supreme court justice approved by tribal voters and swore her oath of office during the 2016 General Council meeting at Festival. The Hownikan spoke to Justice Lamirand, a member of the Curley family, about her background and thoughts on becoming a member of the Nation’s highest court.

“I was born in Shawnee, Oklahoma, and I attended my first years of school there. After Francis Tuttle Technology Center offered my mother a position teaching early childhood development in Oklahoma City, my family moved to Edmond. I entered Edmond schools after that move and graduated from Edmond North High School in 2000.”

Where did you go to undergraduate and law school?

“I graduated with a Bachelor of Arts in English from Oklahoma State University in 2004. I then attended the University of Notre Dame Law School and received my Juris Doctor from Notre Dame in 2008. In 2013 and 2014, I studied for and obtained a Master of Laws degree with a specialization in International Business Law from the London School of Economics and Political Science in London, England.”

What is your current position and what kind of law practice do you specialize in?

“I am currently an associate attorney at the law firm of Crowe & Dunlevy, P.C. in Oklahoma City, Oklahoma. As a business litigator, I handle all manner of litigation matters in federal, state and tribal courts and alternative dispute resolution forums. I specialize in matters involving federal Indian law, tribal law, securities law, insurance law, and contracts.”

Why did you go into the legal profession?

“It may sound cliché, but I entered the legal profession because I wanted to use my English degree to somehow make a difference. One of my best friends from high school talked me into joining a pre-law fraternity with her while we studied at OSU together. I attended some of the fraternity programs, and the speakers sparked my interest in the law. I realized that legal work can bring about great change, and it still utilized the skills I developed while studying for my English degree. I was also drawn to the constant evolution of the law and the corresponding need for lawyers to continually study to stay abreast of its changes, making it always new. No area of the law exemplifies this constant development more than Indian law, and this makes the Indian law area of my practice the most dynamic and impactful part of my work.”

“I have always wanted to contribute more to the Nation. I am greatly honored by the nomination to sit on the Court, and I view this opportunity as a way for me to serve our Nation, just as all members must do in order for our communities to thrive. Migwetch to all who supported my nomination!”