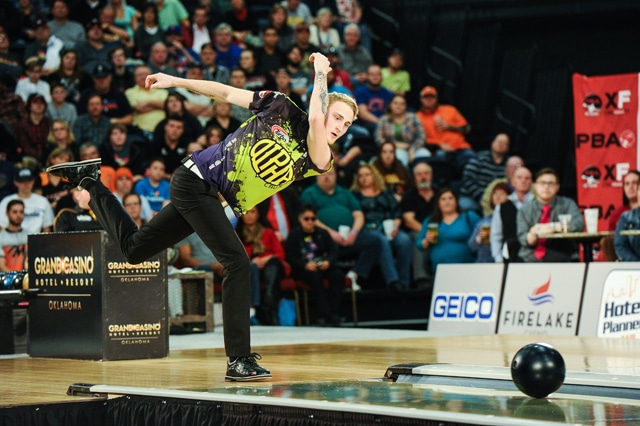 One week of the world’s best bowling at FireLake Bowling Center culminated at the grand event inside FireLake Arena on Super Bowl Sunday, as 20 year old Jesper Svensson of Sweden took home the title at the FireLake-PBA Tournament of Champions. Svensson, the 2015 PBA Rookie of the Year, was the youngest player ever to win the tournament.

“I try not to think about how young I am. I just try to compete against the best in the world,” said Svensson. “Everything has gone pretty quick for me. I just came out here (on Tour in the United States) to get experience. I probably haven’t even realized what I’ve done so far. Winning a major is one of the biggest achievements you can have in bowling, so I’m pretty much out of words.”

Svensson’s record win wasn’t the only impressive feat of the day, as the pre-Super Bowl timeslot saw nearly one million viewers tune in to the ESPN live broadcast. To date, the FireLake-PBA Tournament of Champions finale was the highest rated PBA telecast of the broadcaster’s 2015-16 season, and was a 17 percent viewer increase over the previous year’s tournament. Said FireLake Bowling Center Director Chris Skillings, “Going off the turnout of a week of qualifying tournaments at FireLake Bowling Center and then the final at FireLake Arena, to hear of the viewership numbers is just icing on the cake. Citizen Potawatomi Nation has proved itself as a premier professional bowling destination, and this latest tournament is just more evidence of that.” 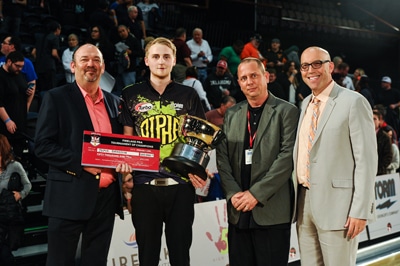 Skillings, FireLake Arena Director Tracy Peltier and Grand Casino Hotel Resort Marketing Director Chad Mathews were instrumental in bringing the tournament to the  arena after successfully hosting of the PBAGrand Casino Summer Swing series in 2013 and 2014.

“When we took the idea of moving a tournament to the arena, Tribal Chairman Barrett and Vice-Chairman Capps were both enthusiastic and trusted us to get it done,” explained Skillings. “Our staff at the bowling center and Tracy’s staff at the arena did incredible work in getting everything done, which shows what a great operation we have here at the tribe.”

It wasn’t all bowling competition during the Tournament of Champions, with the PBA hosting its 2016 Hall of Fame induction ceremony at the Grand Casino Hotel Resort early in the week of competition. PBA50 Tour standout Pete Couture of Cocoa, Florida, former South Region Manager Harry O’Neale of Ravenel, South Carolina and  former PBA Tour announcer Denny Schreiner of Akron, Ohio were inducted into the hall. On Saturday, professional bowlers teamed up with local Shawnee bowlers of all skill levels in two pro-am tournaments.

“When the PBA comes to town, it’s a big show and a big event for Shawnee. We’re just happy to be able to provide the venue and entertainment,” said Skillings.