Business and tax agreements negotiated between Oklahoma tribes and state government will face a more complicated oversight procedure if a bill filed in the state legislature is signed into law by Governor Mary Fallin this year. Compacts – the tribal-state agreements on taxes and fees revenue generated by tribal enterprises – are currently negotiated between the Oklahoma governor’s office and each individual tribe.

Senator Greg Treat (R-Oklahoma City, Bethany) introduced legislation that will make all compacts negotiated between Oklahoma tribes and the state government require the approval of two thirds of the state senate. The lawmaker says that he believes the federal government’s process on nation-to-nation agreements is the best way to model Oklahoma’s interactions with its tribes. He explained that in order to best treat tribes as independent sovereign nations, the state should follow the federal government’s process. 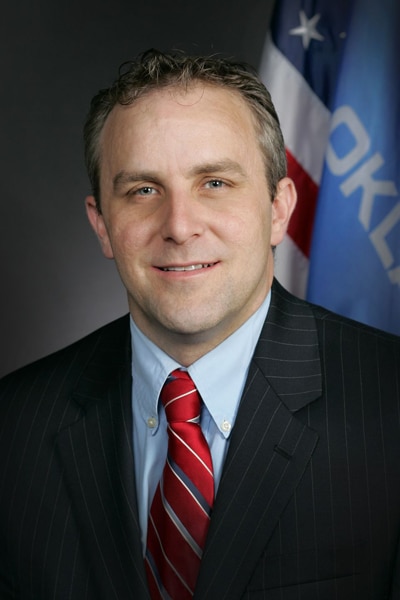 Yet the people of Oklahoma have willfully elected this sitting governor twice; and she as the state’s supreme executive, has negotiated  directly with tribal leaders representing their own sovereign nations. Power struggles between executives and legislatures are nothing new, yet this one has the potential to harm one of the state’s only steady economic engines, its tribes.

Because it was filed in the 2016 session, if the bill pass both chambers of the statehouse and is signed into law by the governor, it could potentially impact the next round of compact negotiations for tribes across Oklahoma.

Currently the effective date in the bill’s language is set for Nov. 2016. The Republican senator says that he understands that tribes may see the change in a negative light. He concedes that as nations and businesses, it’s easier to reach an agreement with an individual rather than trying to seek passage through a body of 48 elected officials.

“I’m sure there will be some opposition to it,” the senator acknowledged. “From a tribal prospective it’s easier to deal with one person.”

Conducting individual negotiations with 48 different people will be problematic for tribes, as it would for any business owner trying to  reach a contractual agreement. This is especially true considering that a handful of those individuals may not see the benefit of any agreement with an Indian tribe.

Oklahoma prides itself on its Native American past and present, yet not every corner of the state is home to tribal governments and the jobs they provide. Consequently, some Oklahoma legislators do not see the impact of tribes in their constituencies, meaning passage of compacts by two-thirds of the Oklahoma Senate will be an incredibly complicated task for native nations negotiating in good faith.

In recent years, Oklahoma politicians have attacked tribes and their role in the state, even on issues that the tribes have played no part in. The years’-long battle over the Oklahoma Indian Museum in downtown Oklahoma City, a boondoggle initiated at the legislature’s  request nearly three decades ago, was used as a cudgel by certain politicians from northwest Oklahoma who blamed its lack of funding partially on tribes who never requested its creation.

Given the extensive regulatory implications involved in compacts between the state and tribes, a failed passage through the senate will prevent the latter from spurring investment in jobs, infrastructure and public services for Oklahomans of all stripes. Treat said that he understands those concerns. As a representative of the state of Oklahoma though, he feels the best way forward is to let the elected officials have a say on compacts that can drastically impact the state budget.

Yet it remains unclear why this bill, which is directed specifically at Indian tribes, has been introduced while none have been introduced for the state-to-state compacts to which he also says should have senatorial oversight. The senator cites his experience at the federal level for former Oklahoma Senator Tom Coburn as also influencing the legislation.

“I can’t imagine the House or the U.S. Senate going along with someone saying ‘We’re going to give unilateral authority to President Obama (or) President Bush…to negotiate with the Chinese government, with no input from us.’”

For the senator, state-tribal compacts aren’t the only agreements that should be approved by the elected senate. He believes agreements with neighboring states like Texas should also be subject to the same process he is proposing.

In a narrow vote, the bill passed out of the Senate’s General Government Committee with an amendment that explicitly excludes road  construction projects from senatorial approval. Voting in favor of the measure were senators Treat, Nathan Dahm (R-Tulsa), Stephanie Bice (R-OKC), Corey Brooks (R-Washington). As state legislators scramble to fill the $1.2 billion budget shortfall created on their watch,  complicating an established, effective business agreement process with tribes is a confusing approach.