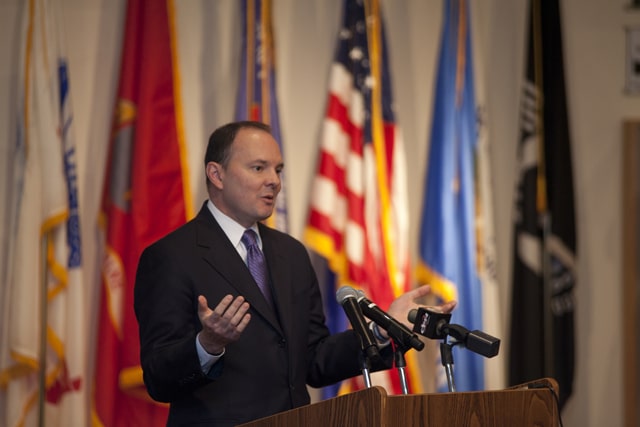 The Assistant Secretary for Indian Affairs, Kevin Washburn, has resigned his post as of January 1, 2016 and will return to teaching at the University of New Mexico. A Chickasaw Nation citizen and expert in Indian Country jurisprudence, Washburn’s tenure has been, in large part, a success for tribes across the U.S.

“I have seen a level of trust develop with tribes in the nation-to-nation relationship under President Obama that has not existed in more than 200 years of federal-tribal policy,” said Washburn in a release announcing his resignation. “It has been a very special time. I appreciate Secretary Jewell for leading with her heart and conscience on Native issues and encouraging the entire federal government to live up to its trust responsibility to tribes.”

He also worked to implement the HEARTH Act, which allows private firms to invest and do business on federal trust land without the interference of state and federal officials. For Citizen Potawatomi Nation, Washburn’s championing of the HEARTH Act has been especially impactful. Along with Secretary of the Interior Sally Jewell, Washburn travelled to the Citizen Potawatomi Nation in Nov. 2013 to sign the official HEARTH Act agreement between the CPN and the U.S. Government.

Its full impact will be felt for years to come as the Tribe develops commercial partnerships with private companies wanting to do business on federal trust land. Washburn has also played a leading role in protecting the sovereign rights of tribal nations at the federal, state and local levels. In a May 2015 House subcommittee hearing in which congressional members questioned the legitimacy of tribes recognized by the BIA, Washburn replied that “It’s on your conscience and it’s on mine if this attack on Indian Country is allowed to succeed. I don’t intend to stand idly by and let it happen on my watch and I ask the same of you.”

In July 2015, Washburn sent a letter to CPN Tribal Chairman John Barrett reaffirming the federal government’s position that businesses operating on tribal trust land were exempt from state and local taxes, a clear rebuke of the recent actions of the City of Shawnee and State of Oklahoma to collect sales tax revenues from commercial activities taking place on Tribal lands.

During his tenure – the second longest for a BIA head – Washburn advanced the administration’s commitment to tribal self-determination, including addressing past disputes through the Ramah Settlement, improving the federal acknowledgement process, updating right-of-way regulations and the land-into-trust process. In returns to the tribes themselves, Washburn has been a vocal advocate at the congressional level for mandatory funding for self-determination contract support costs, which impact tribal healthcare facilities across the U.S.