FireLake-PBA Tournament of Champions finishes up on Super Bowl Sunday 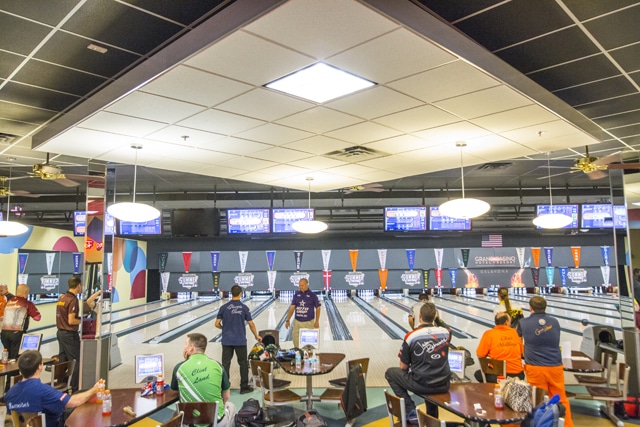 After hosting two successful Summer Swing events, the Professional Bowlers Association is once again headed to the Citizen Potawatomi Nation. On Feb. 7, Super Bowl Sunday, ESPN will broadcast the finals of the FireLake-PBA Tournament of Champions live from FireLake Arena.

“FireLake is without question one of the PBA’s best hosts,” said PBA Commissioner Tom Clark. “The staffs at both the bowling center and Grand Casino are welcoming and supportive. The facilities are top notch.”

In 2014 and 2015, CPN facilities hosted the PBA-Grand Casino Summer Swing tournaments. With the recent opening of the 5,000 seat FireLake Arena complex, it will host the finals of a week-long tournament.

Preliminary rounds will be held at FireLake Bowling Center starting with a practice round on Monday, Feb. 1. Qualifying for Sunday’s Top 5 Stepladder Final on ESPN will complete on Friday, Feb. 5 before a pro-am on Saturday.

“The FireLake PBA Tournament of Champions is the signature event of our season. The TOC has the most history of any PBA event in our 58 years and some of the greatest moments in our sport have happened in this event. It has been held in very select few locations around the country, and we know a new chapter to the event’s lore will be added when the finals air live on ESPN from FireLake Arena,” said Clark.

A field of 96 bowlers, including 72 PBA Tour title holders based on the number of titles each player has won, will hit the lanes with another 24 PBA champions qualifying regional event preceding the tournament.

“For the tournament of champions, we’ll host the finals inside FireLake Arena with plans to have access to the Super Bowl on TV after the bowling for paying attendees,” said FireLake Bowling Center Director Chris Skillings.
“This is a huge event, so it only makes sense to hold it in the area’s biggest venue, FireLake Arena.”

A PBA Hall of Fame dinner and induction ceremonies will take place Feb. 1 at the Grand Casino Hotel Resort. On February 6, FireLake Bowling Center will hold a pro-am tournament with Oklahoma grassroots league bowlers and PBA members teaming up to compete. 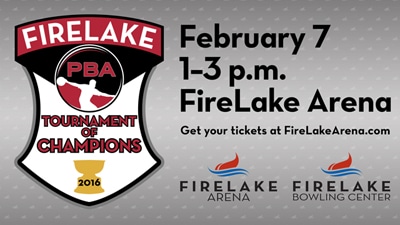 “Our players and staff enjoy all the amenities of the casino, hotel and bowling center every time we are there,” commented PBA Commissioner Clark. “It all starts with Chris Skillings, the director at FireLake Bowling Center, who is a competitive bowler himself with a great understanding of the PBA and its players and is devoted to making any PBA event in Shawnee a special one. There also are a lot of our best fans in the area that make trips to be a part of the event.”