The below examples are the front and back of a real photo postcard acquired by the CHC archives in summer 2015. Despite the message on the back’s lack of political correctness and cultural sensitivity, the image is a great example of how Potawatomi people were still practicing traditional spirituality near Shawnee as recently as 1912.

The note on the back indicates that the image was taken inside of a religious lodge constructed much in the same manner as a wigwam or sweat. Observe the bent and bound saplings as well as the center supports. 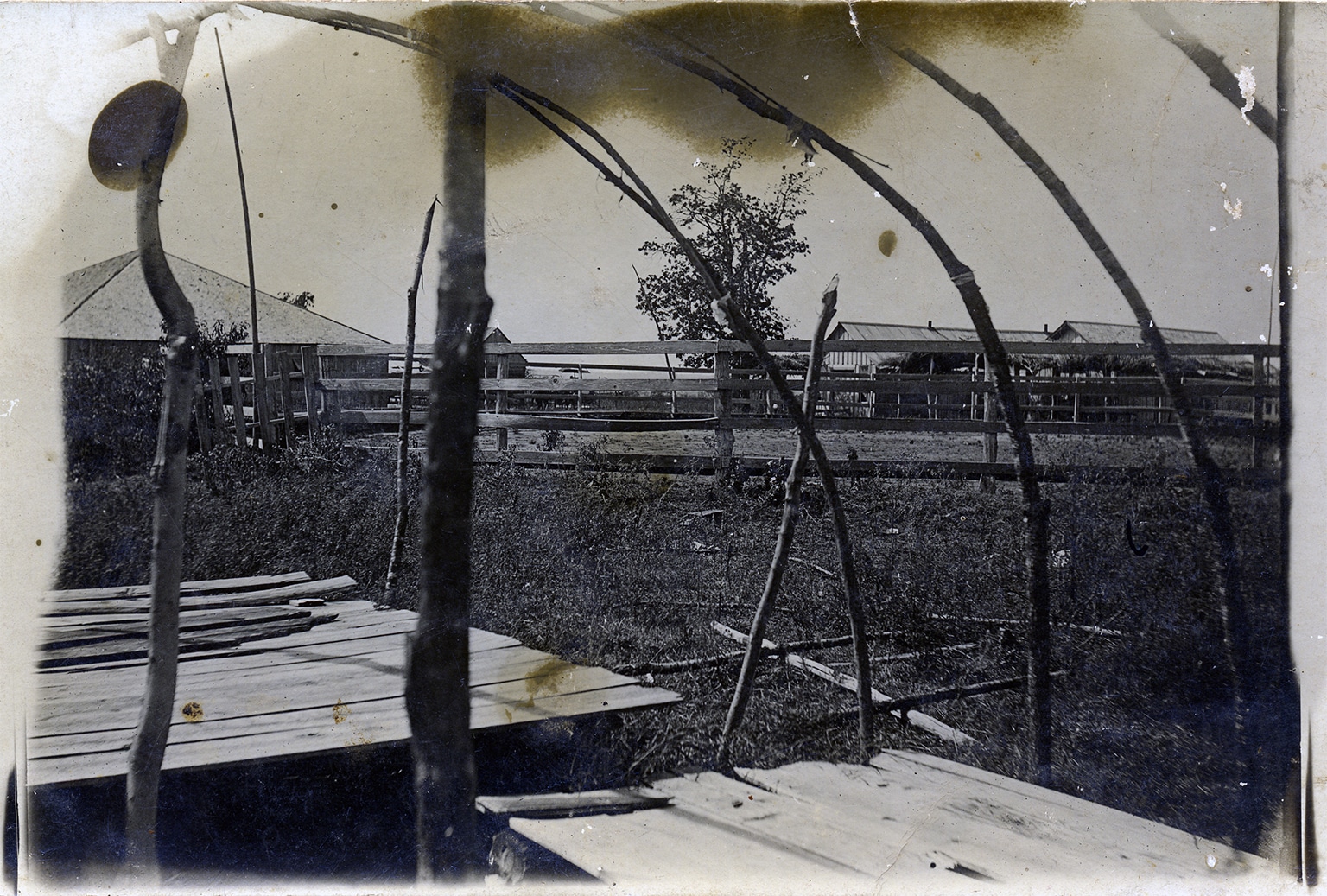 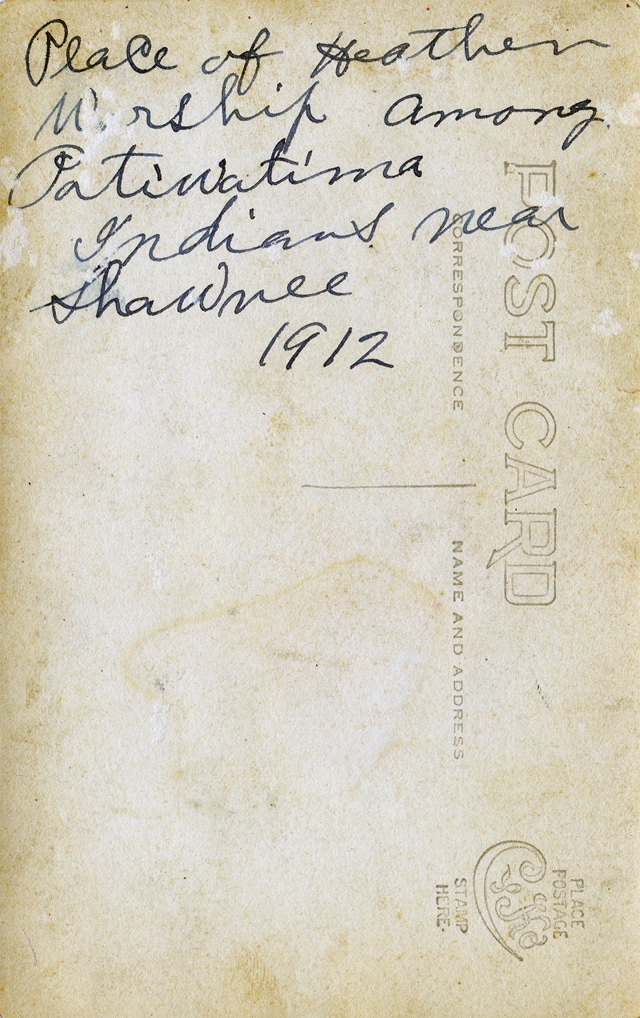