On Tues. July 27, 2015, Representative Paul Wesselhoft, a member of the Oklahoma state and Citizen Potawatomi legislatures, will speak at the monthly CPN Veterans Meeting about a resolution at the statehouse concerning the presence of looted art in place at state-funded museums. Representative Wesselhoft, a member of the CPN Veterans Organization, will speak at 7 p.m. after dinner. Below is an excerpt from his July 2015 Hownikan column concerning the subject.

I write to you today about an issue that impacts my work as an elected representative in the Oklahoma State Legislature, but also one which impacts us as Native Americans. 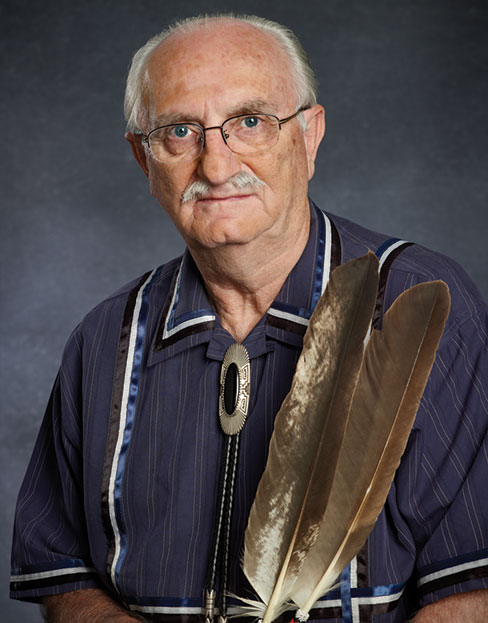 In the 2015 Oklahoma State Legislature, I authored House Resolution 1026 with 26 of my fellow representatives.

The resolution passed unanimously in the house of 101 members. In short, the resolution’s introduction directed “the University of Oklahoma and the Fred Jones Jr. Museum of Art to conduct provenance research on objects in the collection and prior to acquisition of certain objects; directing certain resolution regarding objects unlawfully appropriated during the Nazi era; and directing distribution.”

The resolution puts the Oklahoma House of Representatives on the right side of history, and encourages the  University of Oklahoma and its President, David Boren, to do the right and moral thing by returning art stolen by the Nazis to their rightful owners. The university and its institutions currently own such pieces.

Behind this specific legislative was a push to make sure our publicly funded institutions and other museums do their due diligence in researching the pieces gifted to them or that they may purchase. This is also important when it
comes to Native Americanproduced or owned art.

For many Native American artists and tribes forced from their ancestral lands in the eighteenth and nineteenth centuries, pieces of art and artifacts of historical significance rightfully belonging to Native American descendants
can end up in museums and galleries without any recompense.

There is a role for museums and art galleries to host items of important historical and cultural significance. Yet it must be done in the right way and with the full knowledge that the items’ rightful owners have been consulted and comply with their property being shown. These are not easy situations to deal with, but as stewards of our shared history and culture, institutions like museums must do the just and moral thing.