According to the Alzheimer’s Association, more than five million Americans live with Alzheimer’s disease. With such a prevalent disease, CPN Health Services is working to inform both potential patients and family members of those at risk of its signs, treatments and options in dealing with it.

On July 29, 2015 at 11 a.m., the Title VI elders program will host a town hall meeting to raise public awareness about Alzheimer’s and dementia inside their room at the CPN Wellness Center.

SSN/Title VI Coordinator Tami Fleeman, RN, sat down with the Hownikan to discuss the disease and the upcoming town hall meeting.

What is the difference between Alzheimer’s and dementia? 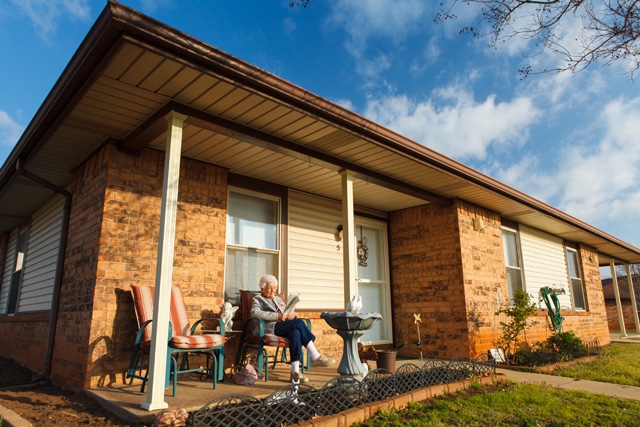 “Alzheimer’s is the most common form of dementia. Dementia is a syndrome and Alzheimer’s is most likely the cause of that syndrome. Dementia is significant memory problems along with at least one cognitive difficulty, such as language, problem solving, attention span, judgment and others.

“It might help to think of dementia as a fever. It is a symptom of something else. Some causes can be reversible such as thyroid conditions, certain deficiencies, reactions to medications or overmedication. But some, like Alzheimer’s, are degenerative diseases that can’t be stopped.

“Symptoms can be slowed sometimes with medications but at present there is no medication available to stop the progression of the disease. It slowly takes away who people are afflicted and can turn them into people their families aren’t familiar with anymore. It is a devastating disease.”

Who will be at the town hall on Alzheimer’s/dementia?

“It will be open to any Native American interested in sharing or learning more about the condition. Professor Dr. Thomas Teasdale, Professor of Education at the University of Oklahoma, will attend along with informal speakers we have selected.”

Why is something like holding a town hall important? What are people going to be able to take away from it?

“We are hoping that it will show people they are not in a unique situation; that many other people have been where they are or are currently dealing with someone they know having these conditions.

“The same feelings they are experiencing, whether it is hopelessness or anger, they have been felt by other people as well. Dealing with this can be very isolating.”

What are some topics or strategies, in terms of how to deal with or address a loved one diagnosed with one of these diseases, that will be discussed?

“The format will be to have several speakers who have dealt with family or friends who have had Alzheimer’s. They will tell their stories about what it was like, whether they are funny or sad.

“Comments or questions will be taken. It is very informal and can be very emotional. As I said, people can feel very isolated dealing with this. But it’s important to have this dialogue so we can help individuals break out of this isolated feeling.”

If you or someone you know would be interested in attending the CPN Title VI town hall on July 29 and are a member of a federally registered Native American tribe, please contact Tami Fleeman at 405-214-5111.