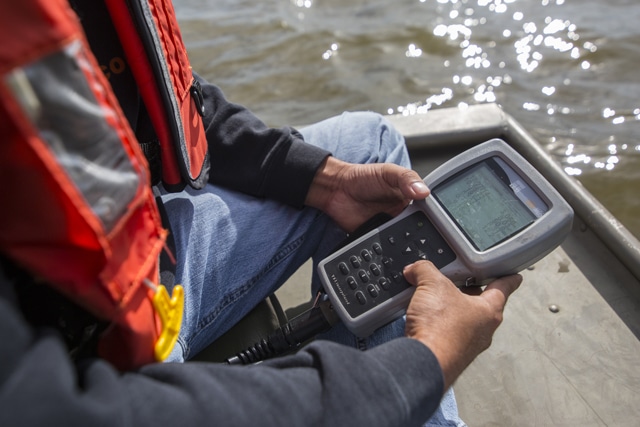 A three year endeavor is coming to a close as the Citizen Potawatomi Nation Department of Economic Development and the U.S. Geological Survey published their final water resource study report.

“This began in 2008 when I started working for the Tribe,” explained Dr. Jim Collard, economic development director. “We needed to take a real serious look at all of our water resources for future use and planning.”

Oklahoma’s ongoing drought has proved that initial decision to develop a Tribal water resource management plan an astute one. The study’s results show all of the Tribe’s water resources, both above and below ground, the latter of which contains large amounts of pollutants that enter the water table upstream in Oklahoma City.

Water resources in the area include surface water from the north fork of the Canadian River, known colloquially as the North Canadian River, as well as the Little River south of Tecumseh. Water samples were also taken from thirty wells drilled into terrace, alluvial and bedrock aquifers and analyzed for concentrations of major ions, nutrients and selected radionuclides. Though these terms are hardly recognizable to the layman, understanding what is in the water is vital when Tribal decision makers, both present and future, evaluate potential ecological and economic matters in the Tribal jurisdiction.

“Commencing this study and reviewing its findings also had a strategic aim aside from examining our potable water resources,” said Dr. Collard. “Understanding which sources have which chemicals also allows us to plan for heavy water users in industries that may want to do business in the Tribe’s jurisdiction, for instance at Iron Horse.”

The study was funded by an Administration for Native American grant. Its findings will allow the Tribe to develop its own comprehensive water plan. The water plan’s 50-year time scale will focus on drought management and risk mitigation for the areas in CPN jurisdiction.