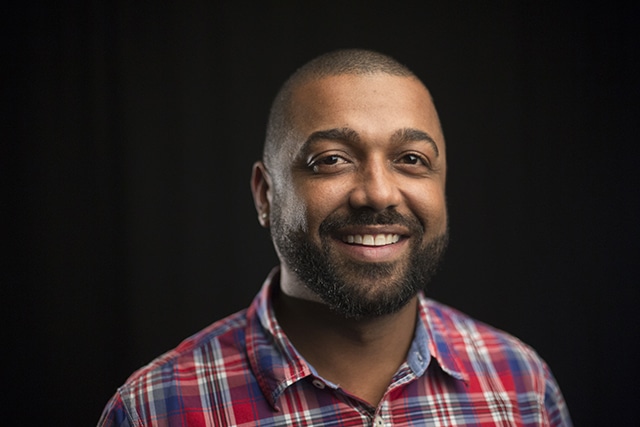 The Citizen Potawatomi Nation Child Development Center has provided early education opportunities to children for almost 18 years. What began as a small center for 50 children in 1997 now educates 328 children and is one of the largest centers in the state of Oklahoma.

Although there are several contributing factors, the voucher or subsidy program offered by the CDC has played a big part of this growth. The program is overseen by CPN Child Development Center Licensing Specialist, Keyon Permetter.

Permetter first began with CPN in 2002 as an afterschool teacher. After a year he took on his current role and has experienced first-hand the success of the program.

“Our program is modeled after the state of Oklahoma’s DHS program and isn’t just for Tribal members,” said Permetter. “It is for Native American children who live in one of the three counties we serve; Oklahoma, Pottawatomie or Cleveland and meet income guidelines.”

Along with his normal day-to-day duties at the CDC, Permetter regularly visits daycare centers in Oklahoma City that the program has covered the cost for qualifying children to attend. He also provides CPR and First Aid training for families or people who are in child care.

“I’m appreciative of the facility we have and the support we receive for our center,” said Permetter. “I’ve seen facilities that literally melt crayons in the oven when they get too little to make little fat crayons because they don’t have the money to buy new ones.”

In addition to being a positive male figure for the children, Permetter also enjoys assisting with the CPN Angel Tree and helping the family the CDC adopted around Christmas time.

“We brought the family here, fed them and gave them gifts. To see mom and dad tear up when the children were opening presents that they couldn’t afford to get them was pretty awesome,” said Permetter. He also contributes part of the success of the center to having one of the best bosses, Donnette Littlehead.

“If you don’t know Mrs. Donnette, she is really family orientated and the type of person that would give it all to you if she had it,” said Permetter. “Everybody’s stories are special to me,” he concluded. “Just being a role model for the kids and being part of their day to day experiences are special. Being able to help those in need like the family the center adopted, makes my job special.”