CPN Police on patrol during Festival 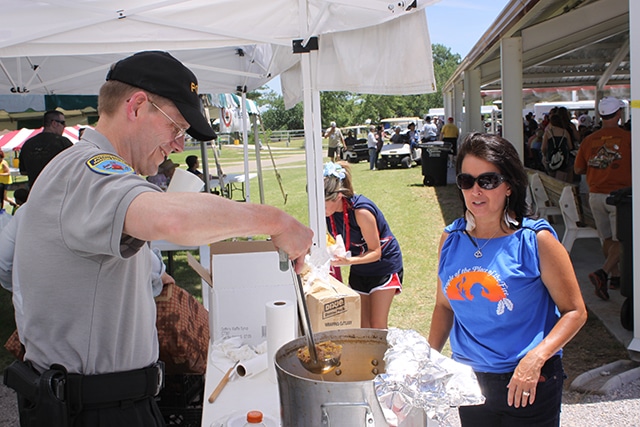 With approximately 5,000 people travelling to Festival, many of whom only visit Tribal headquarters once a year, the CPN Tribal Police are on the front line of informing attendees of the “do’s and don’ts” of the event.

From a malfunctioning water faucet to emergency response, Tribal police answer all the calls during Festival, many of which emanate from attendees reaching the police at 405-878-4818.

In the months prior to June, the department begins scheduling for the event, which involves three continuous days and nights of police presence. From the time the first recreational vehicle rolls into Raymond Peltier R.V. Park on Thursday morning before Festival, Tribal police are at the gates of the powwow grounds making sure all is in order.

The police department’s primary goal is to make sure everyone is safe and feels secure during the three day event. With many Festival attendees staying overnight, the Tribal police have a presence there at all times. If a problem arises, they are there to immediately respond.

A total of 26 officers work eight hour shifts during the annual event, not including support from security officers from the gaming enterprises and police departments from surrounding communities. Lieutenant James Hendrickson, Major Jody Opela and Assistant Director for Support Services Sheila McDaniel patrol the Festival grounds each day for at least 16 hours. 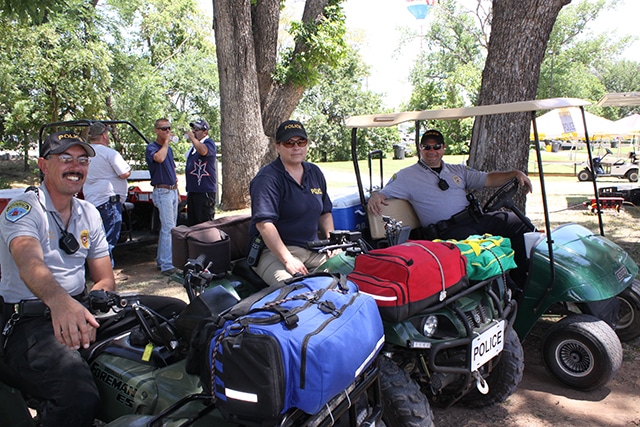 If someone is in need of assistance or needs medical attention, Opela and McDaniel, who are trained medics, are typically the first to respond and determine whether they can deal with the situation themselves or call in an ambulance.

It isn’t all emergency response though, with Festival’s timing as Potawatomi Election Day requires the police to have a presence at the polling station too. During Tribal elections, Lieutenant Hendrickson oversees the counting and processing of ballots. Even Dr. Jim Collard, CPN Chief of Police, works in uniform during the weekend, along with his separate duties as economic development director.

Once Festival ends, the department goes back to its normal duties and begins planning for the next year.

“After every Festival we sit down for a couple weeks and say what went wrong, what went right and how can we fix it for next year,” said Lt. Hendrickson. “Each year there is a whole new set of problems. What we do though is to try and prevent a problem before it becomes one.”

For more information or if you have a question please contact the police department at 405-878-4818.