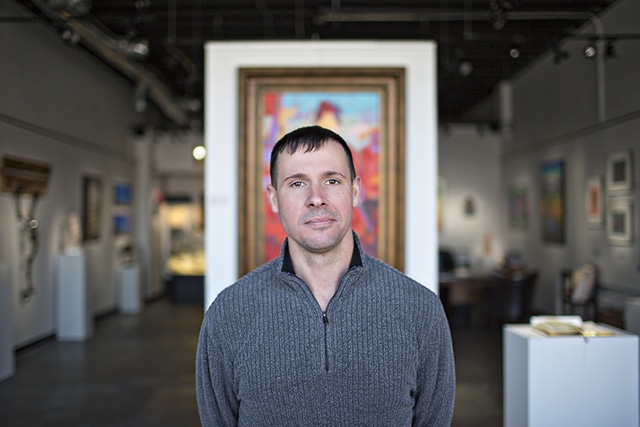 In recent years, Oklahoma City’s interior, long neglected as the city’s periphery extended in a suburban sprawl, has seen a revival. The Plaza District, lying in the neighborhoods northwest of downtown Oklahoma City is one such area, with a Potawatomi-owned business right at the heart of the district.

Tribal member Tony Morton, a member of the Peltier and Vieux families, is Director and CEO of Kasum Contemporary Fine Art.

Morton, a longtime resident of the Shawnee Twin Lakes area, had worked in various sales and marketing positions before setting out to follow his true passion in the city’s growing art scene. For five years he ran the Paseo Originals Art Gallery in Oklahoma City’s oldest arts district, the Paseo. When Paseo Original’s owners were ready to retire, Morton kept with the budding tradition, renamed the business in his father’s name and relocated it in the heart of the Plaza District. Not just your typical art gallery, Kasum’s offerings stand out both in quality and style.

“What we started to develop over there was a niche for progressive contemporary,” explained Morton.
“While the styles we are working with are not consistent, there is absolutely a theme. It’s the technicality, the craftsmanship and the deep thought in each concept.”

Morton is amongst the vanguard of small business owners who have moved into the once downtrodden Plaza District. He credits his decision to relocate from Oklahoma City’s more traditional Paseo District to the Plaza as both one of convenience; he lives just a couple hundred feet from Kasum Contemporary’s front door, and business necessity. 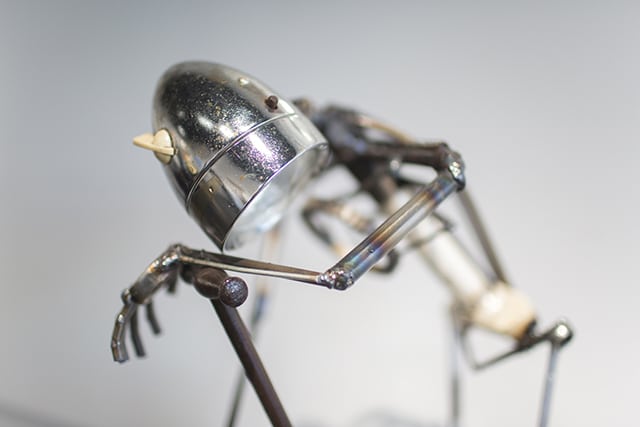 “There is a great deal more traffic in this area, which is something I really needed to support this type of a business,” said Morton. “Also, financially speaking, this area has had the most significant sales tax growth for four years running.”

As Kasum Contemporary closes in on its one year anniversary in September, Morton explained that the reception from customers and fellow businesses have helped mitigate qualms about opening a private art gallery in Oklahoma City.

“This type of business is rated amongst the most risky types of businesses to open. If you go to a bank and ask for a loan for a private art gallery, they’ll just laugh at you,” explained Morton. “Fortunately we’ve continued to meet new people over here and find new support for this kind of gallery and patronage of the arts.”

He credits the Plaza District’s resurgence to that of Oklahoma City’s cultural resurgence, which despite a recent cratering of energy prices, has grown in the past decade. The metro area has become an increasingly attractive destination for people and companies from other parts of the country.

“Big business brought in a lot of employees from major American coastal hubs and big cities where they were accustomed to a certain quality and diversity of culture that wasn’t here. In the past five years, from sculptures to the Oklahoma City ballet to our food offerings, businesses and employees from these strong cultural hubs have influenced ours in a positive way.”

While Morton is keenly aware of his Potawatomi heritage, he does not classify himself as a Native American artist or allow his heritage to influence his business in terms of how he views art.

“I think if I did that, I’d be bringing limitations into what I’m doing. I think art, if observed properly in my opinion, has to be done without any limitations, preconceptions or considerations because when you start to do that, you start to muddle the truth that exists in the art. The truth that exists in the art is relative to you, but it’s not about you.”