Many reservists who served as crew members, flight nurses and maintenance workers from the 1970s to the 1980s on aircraft previously used to spray Agent Orange defoliant as part of what the military called Operation Ranch Hand during the Vietnam War were considered ineligible for Health Care and Disability Benefits.

However, the VA appears ready to change its mind after a January report from the Institute of Medicine concluded that C-123 reservists were likely exposed to dangerous levels of dioxin, the toxic chemical in Agent Orange. The VA is expected to make an announcement soon about treatment and benefits for these reservists. Migwetch!

On another note, progress has been made in finalizing our Vietnam Banquet plans and I have included important information in this report.

A pamphlet that includes a form to be filled out and mailed to the CPN Veterans Organization is below. The deadline for our receiving this information to finalize the planning is 15 July 2015.

Remember the CPN Veterans Organization meets every month on the fourth Tuesday at 6 p.m. (or as soon as you can get there) in the North Reunion Hall on the Potawatomi Powwow Grounds.

All CPN veterans and their families are welcome. A meal is provided. 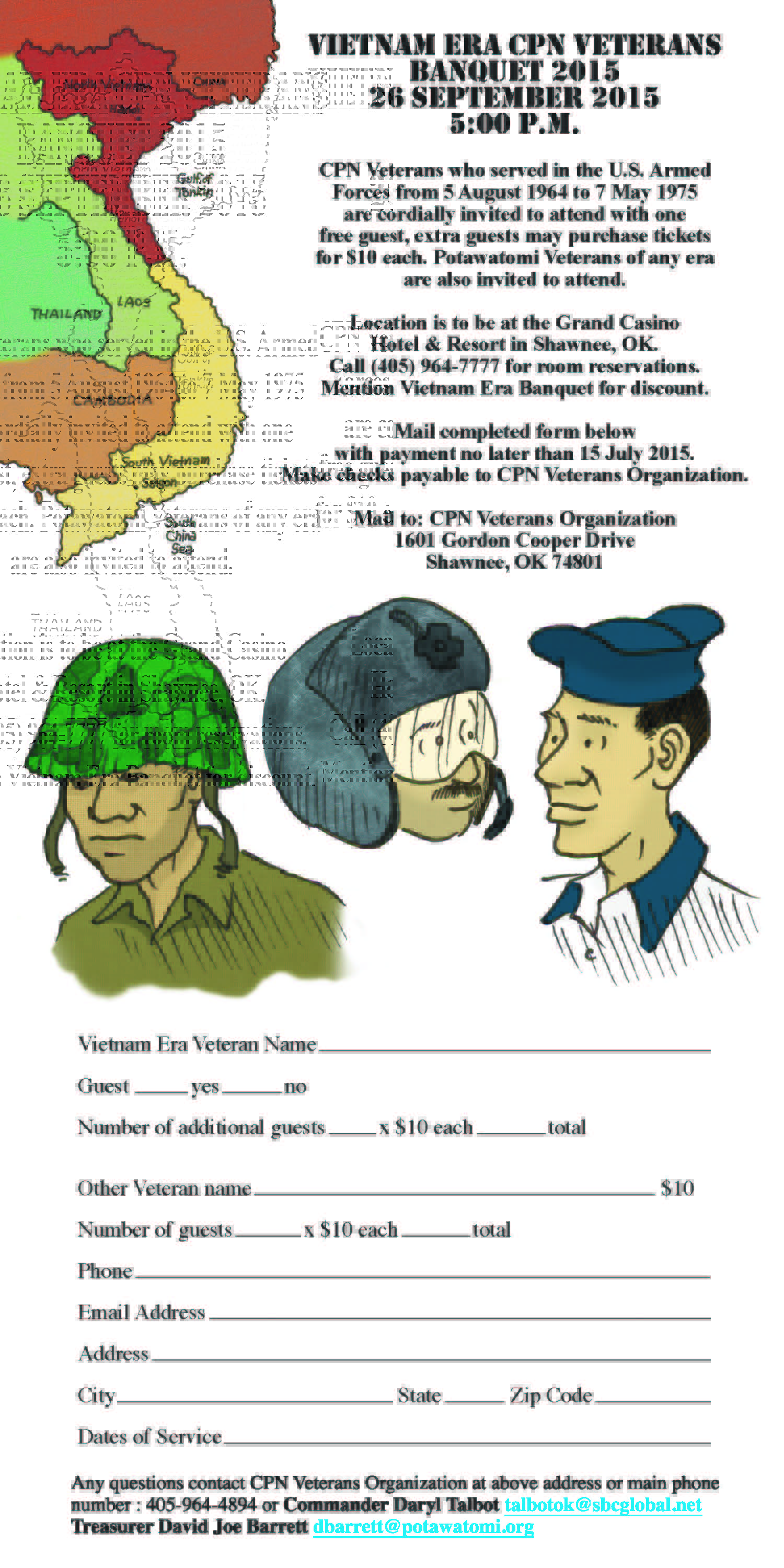