Citizen Potawatomi Nation is the most treatied tribe in the United States, having more than 40 signed with the federal government as well as two each with Great Britain and France. This facet of history is also notable for the fact that all 40 of those signed by American officials and ratified by Congress were subsequently broken, often resulting in a loss of land and liberty for the ancestors of today’s Citizen Potawatomi Nation. Those losses led to forced removals like the Trail of Death, or the ultimate migration of the Tribe from Kansas to Oklahoma in the 1870s.

In the aftermath of those events, as well as the Tribe’s more than 100 year presence in what became Pottawatomie County, remained sites and artifacts that were integral in the lives of Potawatomi, both then an now. In an effort to protect these precious items and locations, through the use of grant funding the CPN’s Tribal Historic Preservation Office has spent the last several years surveying, advising and protecting these vestiges of the Potawatomi past. Assistant Tribal Historic Preservation Officer Jeremy Arnette, who also serves as grant coordinator for cultural resources at the CHC, sat down with the Hownikan to give us an insight into his work with this Tribal department.

Where are you from?

“I was born in Tishomingo, Okla., but grew up around Colbert, which is just south of Durant.” 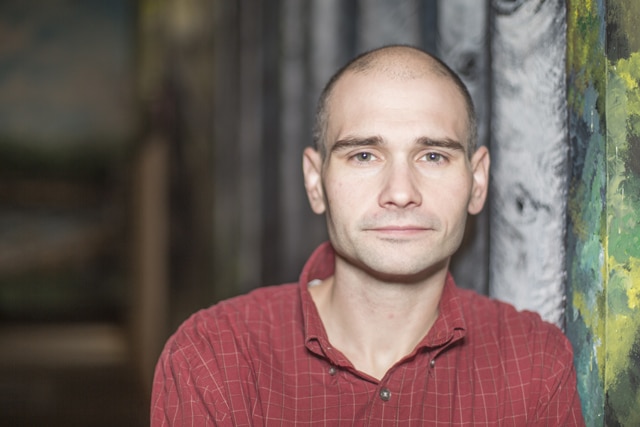 What is your academic background?

How did you end up at CPN?

“During my time at OSU, I had an internship at the National Cowboy Hall of Fame and Western Heritage Museum. My supervisor there was Karen Whitecotton, who would later go on to be the director of the CPN Cultural Heritage Center.

“In late 2009, the Nation had an opening for an entry-level museum assistant with an understanding of collections care concepts. Karen thought I would be interested and gave me the position details.  After two grilling interviews, I was hired.”

What does a Tribal Historic Preservation Officer do?

“The THPO office has two primary responsibilities. The first is to research and answer requests from government agencies who are considering a project with federal dollars on tribal lands or in a tribally significant area.

“When an agency makes a request, our office is tasked with researching the history of the land in question and determining if the proposed project will have any adverse effect on historic properties in the area.

“The second role we serve is surveying historic properties on tribal lands. Throughout the year, CHC Director Dr. Kelli Mosteller and myself, along with CPN Real Estate Manager David Bourbonnais, go out to Tribal properties and look for any existing structures or foundations based on our prior research.

“Knowing where historic properties or their remnants are located helps us piece together more of the CPN story and gives us more complete data to work with during the process.”
Why did you decide to go into this sort of a career?

“I grew into it over the years. I initially started out working only with the object collection at the cultural heritage center and then progressed into also working on Tribal Heritage Protection Office projects due to some of my coursework at OSU dealing with historic preservation.

“Later, I started handling more of the THPO work alongside the grant application and reporting process, until I was working on it almost full time.  Now, my time is split between THPO work and writing and managing grants for the cultural heritage center.”

Why is your work important in the grand scheme of things? How to you explain the relevance of it to the average Tribal member?

“The work of our historic preservation office is important because it allows the Nation to protect our cultural resources on trust property rather than relying on the state to have our best interests at heart.  Without our THPO office, the safety of these places would be dependent on volunteers to watch for damage and disturbance.

“The grant-funded THPO office can not only monitor these known locations, but also research their importance and possibly uncover new sites along the way.  Active practice of historic preservation helps keep these pieces of our past from disappearing before we have the opportunity to learn about how they are important to the history and culture of the Citizen Potawatomi Nation.”