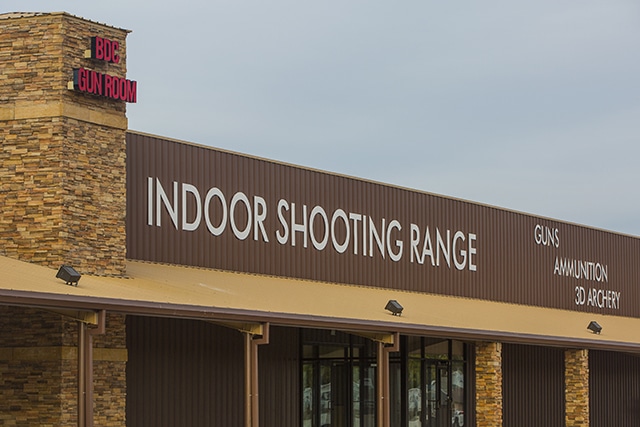 Since its official signing by Secretary of the Interior Sally Jewell in November 2013, the HEARTH Act’s potential to create tribal-private business partnerships has been slow in coming. Much of this hesitation can be chalked up to outdated concerns of non-tribal businesses that remain wary of investing in Indian Country. Fears of instability tend to overshadow the positives that non-tribal firms could benefit from when doing business in Indian Country.

Yet those misconceptions seemed trivial in terms of doing business in the Citizen Potawatomi Nation when it came to Tribal member Jack Barrett, owner of BDC Gun Room. Barrett is set to expand his growing firearms business at a new location sitting along Hardesty Road, just across the street from FireLake Bowling Center.

“I’ve invested a great deal of my own money into this project. It’s not quite betting the farm, but it is close,” said Barrett as he walked through the final stages of the new building’s construction. “But knowing how successful businesses located on CPN land have been in the past few years, it wasn’t a hard decision to trust that it was a good investment.” 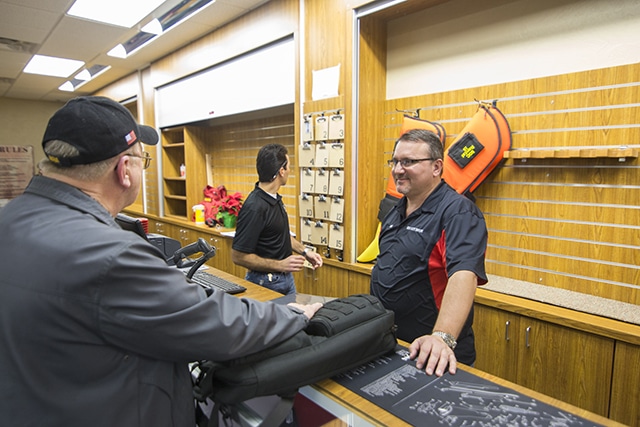 “I got into this business by accident,” Barrett admitted. “I ended up securing my firearms dealer’s license in order to satisfy my own hobby as a competitive shooter. That’s how I’ve approached the business side of things, as a customer, and I believe that is why we have been so successful these past five years.”
Barrett and his staff at BDC take pride in their customer service.

The atmosphere fostered inside the walls of Pottawatomie County’s largest firearms dealer also show in the company’s low employee turnover. The longtime Shawnee-resident proudly points out that in his five years in business, only one employee has moved on to another job. In that specific case, Barrett notes that it was for a promotion.

“My success is built on surrounding myself with good people,” he said. “We treat each other and our customers differently than other gun stores, and I believe that shows.”

That level of comfort is especially important in a sector as polarizing as the one that BDC Gun Room specializes in. Firearm dealers operate in one of the more heavily regulated industries in the country, where just staying in business can be a monumental task. Owners like Barrett face a number of federal, state and local regulations, each of which has its own special hurdles. One piece of paperwork not run correctly and dealers face consequences running from fines to prison time. 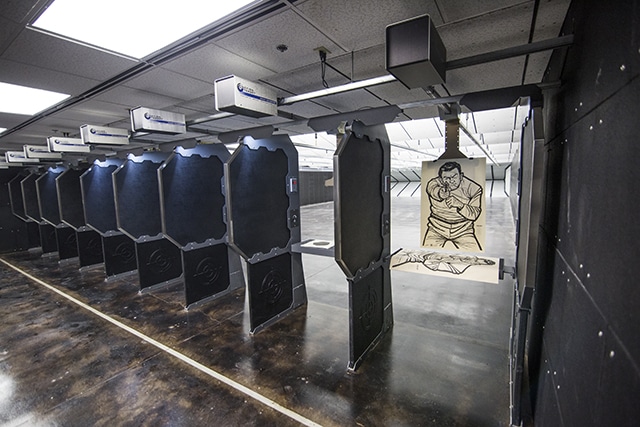 BDC Gun Room’s new 39,000 square foot indoor range and sales floor will feature all the latest brands and items for those looking for shooting, hunting and outdoor merchandise. This includes ammunition and accessories, including BDC’s specialty of tracking down hard-to-find calibers and custom holsters. It will also accept Internet purchases, including processing of background checks and paperwork for $30, though new firearm purchases are subject to a $50 fee if the store already has the model in stock.

In a state where guns are a part of everyday life and in many cases, part of long held family traditions, Barrett says BDC Gun Room’s success is based on word of mouth recommendations by satisfied customers.
It’s those customers and more that Barrett intends on drawing into the BDC’s new location on Hardesty Road. The new store will feature firearm rentals, gun cleaning, on-site gun storage, personalized instruction, parties and other events. Boasting 18, climate-controlled shooting lanes with Action Target’s Total Containment Trap to ensure safety of patrons, Barrett hopes to make BDC a premier destination for competition shooters and those just acclimating themselves with firearms.

“I enjoy working with people, especially those who are unsure or scared of guns. We want people to feel comfortable about what they are buying and how to use it,” said Barrett.

Foremost of concern for Barrett is providing a place where common sense approaches to firearms and safety are observed. BDC Gun Room is a major contributor to local chapters of the FFA, 4H and Boy Scouts’ fundraising effort through the Friends of NRA Grant Program and by teaching gun safety.

Barrett took a risk in investing his own money in BDC’s new location. But he says that the combination of his company’s customer service reputation and the benefits of the HEARTH Act gave him the confidence to do business on his Tribe’s land.

“I had the faith in CPN that they would hold up on their end of the agreement as a business partner,” concluded Barrett. “And I believe they’ve repaid that by showing their faith in me by their willingness to invest in this venture. As a Tribal member and a businessman, that is something that I am truly happy about. I believe that faith will be repaid by our members and employees in the years to come.”