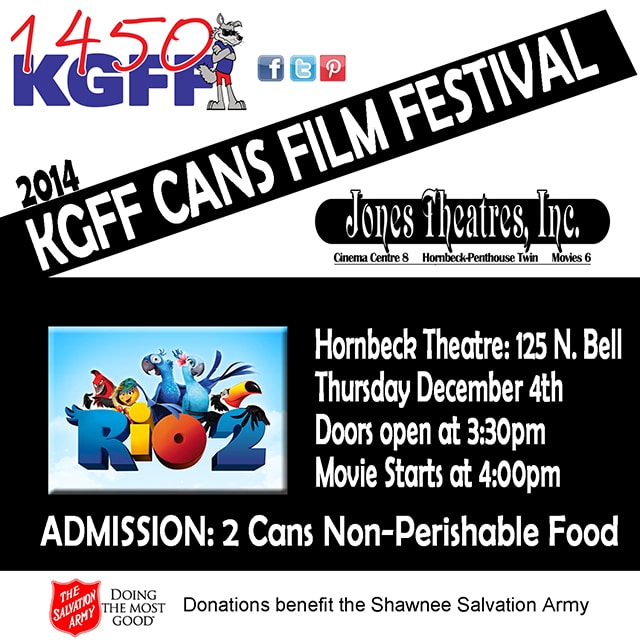 The 28th Annual Cans Film Festival is Thursday, December 4 at 4 p.m. and will be showing the animated film “Rio 2.” The festival  benefits the Salvation Army’s Holiday Food Drive.

KGFF and the Jones Theatres began this event in response to the need for more food for those in need in the fall of 1987.

Current KGFF General Manager, Mike Askins was Production and Public Service Director in 1987 and Mike’s wife, Karen, was working for the Salvation Army offices when she asked the station if there was anything it could do to increase public donations of canned foods. KGFF Staffers had read about a promotion in Florida to help with hurricane relief the previous year and adopted the concept to fit the local need.  The station approached Ronny Jones with Jones Theatres and he generously offered to provide a theatre and movie for the event.  The first year was such a huge success that it has become an annual event.

To gain admission bring 2 cans of non-perishable food to be donated to the Salvation Army. For more information please call 405-273-4390.