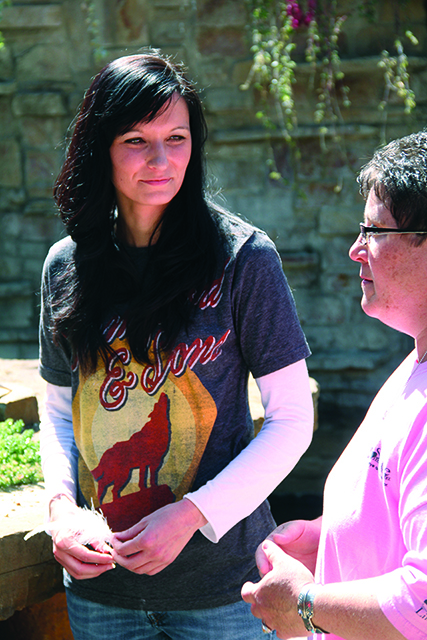 The Cultural Resources Department staff at Citizen Potawatomi Nation Cultural Heritage Center is responsible for the care and preservation and of all objects and documents in our possession.   As director of the CHC, I often have the added responsibility of serving as the Tribe’s representative in consultations with federal agencies to protect culturally significant and sacred items and spaces that lie outside of our walls. One of the most important means I have to protect our ancestors and items of cultural significance for the Potawatomi is through my work as the Tribe’s Native American Graves Protection and Repatriation Act officer.

NAGPRA is a federal law enacted in 1990 requiring all federal agencies, as well as public and private museums and universities that have received federal funding, to return culturally significant items to tribes. These items include human remains, funerary objects, sacred objects, or objects that should have been passed from one generation to the next within the Tribe. As the Tribe’s NAGPRA officer it is my job to consult with institutions that are in possession of human remains and other funerary objects to decipher whether or not those remains might be those of our Potawatomi ancestors.

Unfortunately, this is a very big job. A large number of universities and museums have come into possession of Native American remains over the years. Many of these came as a result of inadvertent discovery on intentional archeological digs to find and study skeletal remains or even through the work of grave robbers. Virtually every significant museum and university in the Great Lakes region can be found on the list of institutions in possession or control of these items. I, and everyone else who works on NAGPRA on behalf of a tribe, take seriously the task of seeing that those ancestors and their belongings are returned to the appropriate tribe. It is vital that they can be treated with the honor and respect they deserve and can be cared for through proper ceremony.

In May 2014, I was honored to participate in a reinternment ceremony hosted by the Nottawaseppi Huron Band of the Potawatomi at the Pine Creek Reservation in Fulton, Mich. Over four days we held ceremony for all of our ancestors, had a feast for those who likely did not receive their proper burial rights at the time of their death, and on the last day they held the reinternment. More than 320 ancestors and 836 funerary objects from the University of Michigan, Wayne State University, the Field Museum, and the St. Joseph County Sheriff’s Department were reburied on that day. The Nottawaseppi call the field where our ancestors now rest Nanoshkazi Jibeyki, which translates as Hummingbird Spirit Land. 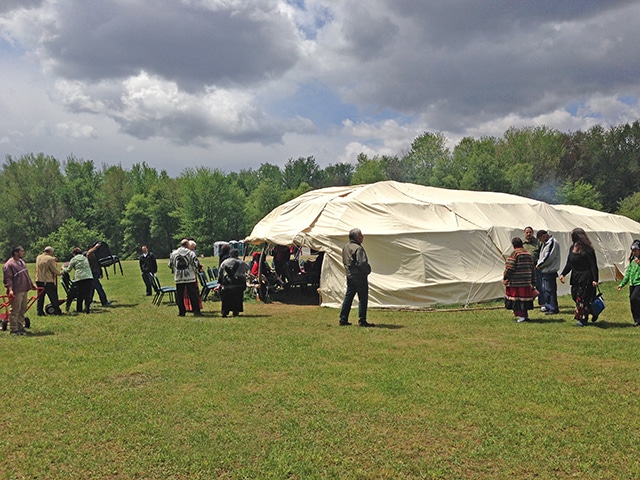 The experience was filled with a number of profound and moving moments for me. I found myself overwhelmed with feelings of sorrow that these ancestors were ever disturbed, joyous at getting to spend time with so many Bodewadmi friends, family members, and elders, and humbled that I was asked to participate in such an important event. Perhaps the most poignant moment came on the day before the reburial, when the elder leading the ceremony noted that, “we don’t really know what to do here. We don’t have a ceremony for this. We, as Neshnabek, would never disturb someone’s resting place. So, we are doing the best we can, we are trying to be respectful, and we humbly apologize if we aren’t doing something in the way we should.”  I have thought about the significance of that statement many times over the past few months.

When I emailed the staff of the Nottawaseppi Cultural and Historic Preservation Office to thank them for letting me participate in all of the activities that took place over the weekend, they responded, “We believe that, as fellow Bodéwadmik, you have as much right to attend this event as our own tribal membership. We are very excited to finally be able to accept the responsibility of reclaiming our ancestors and respectfully reburying them.”

Our work as Tribal NAGPRA officers is only beginning. At this year’s Gathering, hosted by the Match-E-Be-Nash-She-Wish Band of Pottawatomi in Allegan County, Mich., several of us who work on NAGPRA issues for our respective tribes or other institutions met for a roundtable discussion about what we, as a group, need to start working on next. In the coming years we hope to make strides toward seeing that every Potawatomi ancestor and funerary object comes back to us so that we can take care of them and honor them in the way they deserve.