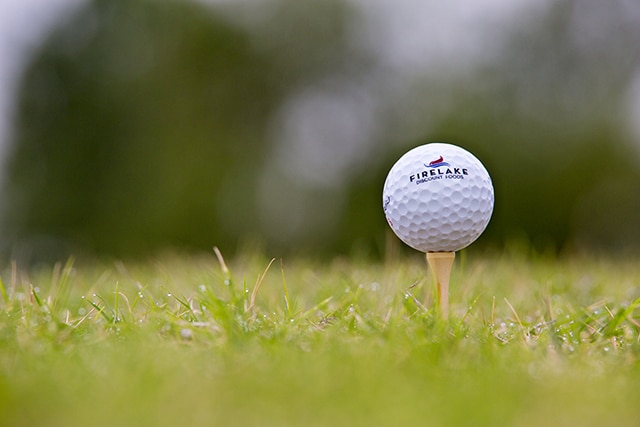 Entering its ninth year, the Josh Heupel 14 Foundation Golf Tournament will once again host golfers from around the region at FireLake Golf Course. The four person scramble raises funds for Josh Heupel’s #14 Foundation, which is dedicated to making a positive impact on the lives of children-in-need. The tournament has become a staple of FireLake Golf Course’s summer schedule, thanks in large part to the cooperation between the tribe and Ken Heupel, father of the University of Oklahoma legend and current offensive coordinator.

Sarah Lawerance, Fitness Trainer at CPN’s Wellness Center, has known the Heupel family for years and is one of the reasons in getting the tournament organized each year.

“Ken Heupel and I were talking about fundraisers for the #14 Foundation and I suggested we do a golf tournament,” explained FireLake Wellness Center’s Sarah Lawerance. “I am proud of the Nation and all the different entities that we have to offer.  Citizen Potawatomi Nation has been a big supporter of the tournament and its fundraising, and FireLake Golf Course’s Chris Chesser, Darren Day and the staff have been very helpful each year making it a success.”

While some spots have been filled, the tournament is still taking teams for the June 17 tournament. The four-person scramble format costs a $500 entry fee. Each team gets a gift bag and OU Sooner fans will be thrilled to know each team gets a photo and plays a hole with Josh Heupel.

Aside from helping fund a good cause, participants also have an opportunity to win a number of cash prizes. The team winning first place takes the $1,000 prize, while second and third place pay $500 and $250 respectively.

There are two, hole-in-one challenges, the first paying out $2,000, the second $500. Prizes are also up for grabs from a closest to the hole and longest drive contests.