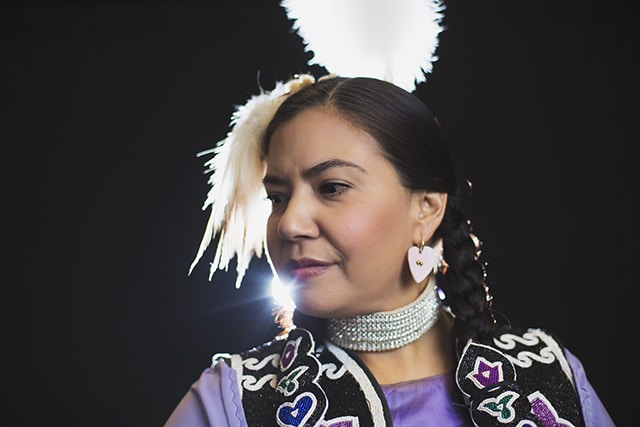 CPN has more than 2000 employees in its various enterprises and governmental departments. Some are Potawatomi, others are non-tribal or from other federally recognized tribes. Employee Leslie Deer has been with CPN for more than 15 years, working in many different departments.

Deer is a Production Assistant for the Tribal Heritage Productions Department. Along with Video Production manager for the Cultural Heritage Center, Curtis Grant, they film interviews of tribal members for the tribal archives to create special video presentations for each honored family. Deer also teaches regalia making classes and women’s dance classes as a cultural activity for the community. 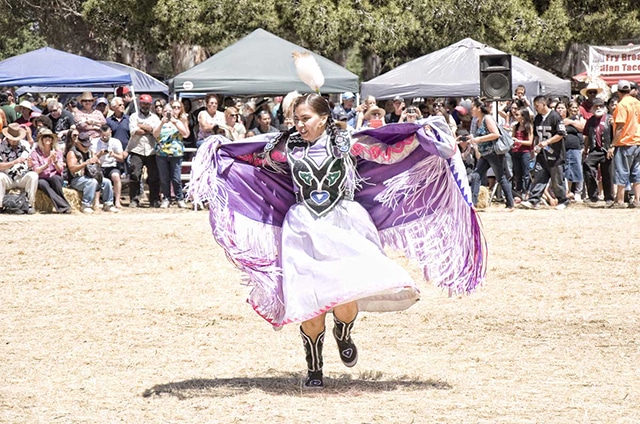 What separates Deer from others is that she has mastered the art of Fancy Dancing. Her expertise in this traditional dance has resulted in her being invited as the Head Woman Dancer at the forty third Annual Stanford University Powwow, the nation’s largest student-run powwow.

Raised in California as a child, the invitation is a homecoming for Deer. The Bay Area native and Muscogee (Creek) Nation member grew up going to the Stanford powwow when she was a little girl.

“I remember going to the powwow as far back as I can remember,” said Deer. “My step-father would sing and my mother, brother and I would dance. Never would I have imagined this dream would come true to be the Head Woman Dancer of the powwow where I first started dancing.” 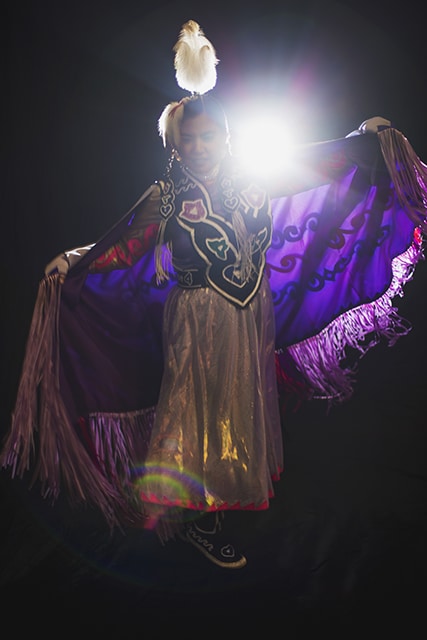 Deer spent 12 years travelling the United States and 24 other countries with the American Indian Dance Theatre and the Mashantucket Pequot Nation’s Foxwoods Dance Troupe. In 1992 she was asked to join the Oklahoma Fancy Dancers Native Dance Troupe and has been with the group for over 20 years. She has been voted “Favorite Fancy Shawl Dancer” three consecutive years in a reader’s poll conducted by Native American Times Newspaper and been the Featured Dancer on the 1995 Red Earth Festival poster.
Deer also makes all of her own regalia. Some of her clothing design and beadwork has been exhibited in competitions like the Eiteljorg Museum’s Indian Art Market and the Annual Santa Fe Indian Market.
Stanford’s Powwow is a three day event with four different Grand Entries.

“As Head Woman Dancer I will be leading out the entire group of women dancers into the powwow arena,” explained Deer. “I also have to know all of the times when it is appropriate for women to dance, style of dances and if the dances are for everyone or specific individuals.”

CPN’s Tesia Zientek earned her Master’s Degree from Stanford University and while there, helped coordinate the student-run powwow. 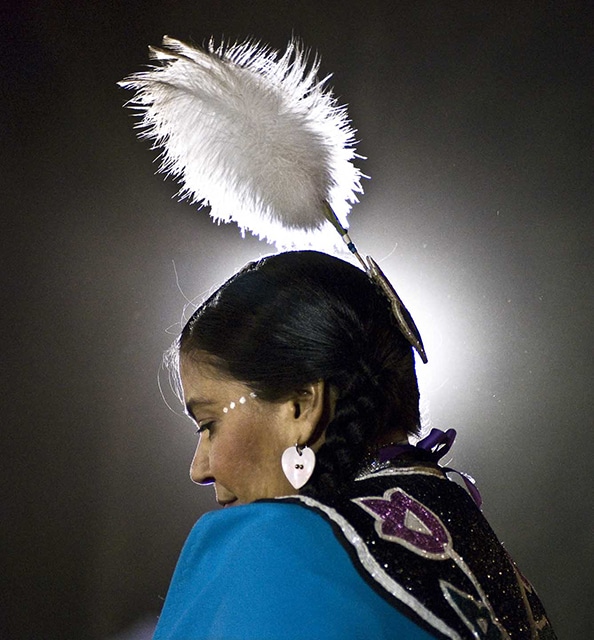 “When the call for nominations for Head Dancers was announced this year, I immediately thought of Leslie. Without a doubt, she is the most experienced and talented dancer that I know, and I was certain that she would do an amazing job. I love the thought that someone from the Shawnee area will be there representing our community at this large event.”

The Stanford Powwow was held May 9-11, 2014 this year. Following the completion of the event, Deer stated, “It was an honor to serve as Head Woman Dancer at Stanford. Everything went well at the powwow, the students did a great job and it was awesome!”