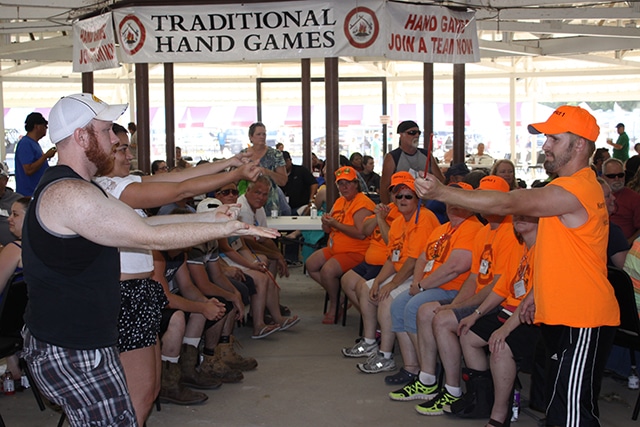 Every year CPN offers friendly games for adults who wish to test their skills at some of the more strategic and traditional games. The games and tournaments pair friends and family to go up against one another for chance to win prizes. Each game challenges the wits of each participant to tactically defeat their opponent.

Chess, checkers, traditional hand games, dominoes, billiards and a horseshoe tournament will give attendees plenty of opportunity to join in on the festivities over the weekend.

All games will be on Friday night to allow everyone to be a part of Grand Entry on Saturday night.

Chess, dominoes and checkers is a staggered event at the first pavilion on festival grounds. Chess starts at 5 p.m., dominoes at 6 p.m. and checkers at 7 p.m. First place in each of these tournaments will win $300, second place will win $150 and third place wins $75.

Traditional Hand Games during Friday night has two teams of participants compete against one another. Each team has a captain that chose one picker and two hiders for each round in the game. To score a point, a team’s picker has to pick the two hands the beads are hidden in of the two hider’s hands. Games are played until a team reaches nine points and the event is played under the pavilion next to the powwow grounds.

Billiards and horseshoes are played on the festival grounds on Friday night with prizes given to winners of each of those tournaments. Check the schedule for more information.