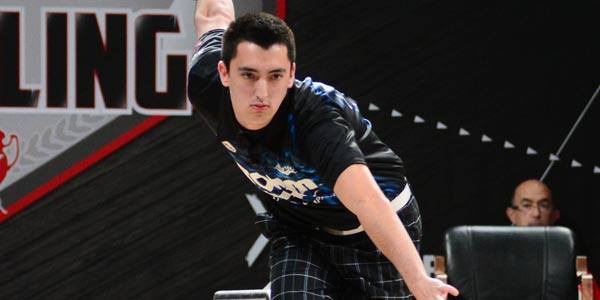 Marshall Kent, a 21-year-old native of Yakima, Wash., and predicted by many observers to be headed toward stardom in professional bowling, has announced he is joining the Professional Bowlers Association and will compete as a PBA member in Oklahoma’s Grand Casino Resort PBA Summer Swing in Shawnee, Okla., May 18-25.

Kent, a two-time Collegiate Bowler of the Year while bowling with Chicago-based Robert Morris-Illinois, has one more year of collegiate eligibility, but has decided to forego that option because he will graduate from Robert Morris in July with a degree in business management.

“Joining the PBA has been a lifelong dream,” Kent said. “I always wanted to make a TV show and bowl for a PBA title. I grew up watching Tommy Jones and Pete Weber and Norm Duke, and guys like that. I wanted to be out there with them one day.”

Kent – who is not related to PBA Hall of Famer Doug Kent – said he has bowled “since I was able to walk. My parents bought a bowling center before I was born, so I pretty much grew up in the sport.”

Kent will compete in Shawnee as part of a sold-out field of 120 of the world’s top players, including competitors from 11 different countries. The PBA Summer Swing will include PBA Wolf, Bear and Badger Championships, the Oklahoma Open and Oklahoma’s Grand Casino Resort King of the Swing, a special event for the four title winners plus a “wild card” player.

Kent’s arrival on the PBA Tour has been anticipated for some time after he demonstrated during the past year that he’s ready to compete with the world’s best players in the professional arena. As an amateur, he finished fourth in Bowling’s U.S. Open last July in Columbus, Ohio, losing in the stepladder finals to eventual champion Wes Malott, 200-193. Following that performance, he was granted an exemption to bowl in the PBA World Series of Bowling V last fall in Las Vegas by PBA Commissioner Tom Clark where he earned the No. 1 qualifying berth in the Scorpion Championship finals, losing to Tom Smallwood in the title match, 221-216.

A three-time member of both adult and Junior Team USA where he gained valuable experience in international competition, Kent had a break-through victory in March in the Brunswick Euro Challenge in Munich, Germany, throwing 10 strikes on his first 11 attempts to win the prestigious World Bowling/PBA International Tour event with a 277-258 victory over Sweden’s Daniel Fransson.

“Marshall is obviously a tremendously talented player, but also a great young man who will be a fantastic role model for our sport,” Clark said. “His joining the PBA is one of the most widely anticipated in years.”

Kent said he has always worked on developing sound fundamental skills, trying to keep his game simple. But he also has closely observed his idols, borrowing “tricks” here and there.

“I kind of adopted Tommy Jones’ knee bend at the foul line, and watched Pete Weber’s open hand technique at his follow-through, stuff like that,” Kent said. “I got to meet some of those guys when I attended a PBA tournament when I was young and got some autographs. Then I made Team USA and got to bowl alongside some of them. And then I bowled in the USBC Masters and U.S. Open where I got to bowl against them.”

All five PBA Summer Swing events will be televised on CBS Sports Network on consecutive Tuesdays beginning in June. Qualifying and match play for each event will be conducted at FireLake Bowling Center in Shawnee with the stepladder finals moving to a special bowling lane installation in the Grand Event Center. All preliminary rounds will be covered live on PBA’s exclusive online bowling channel, Xtra Frame. For subscription information, visit pba.com and click on the Xtra Frame link.