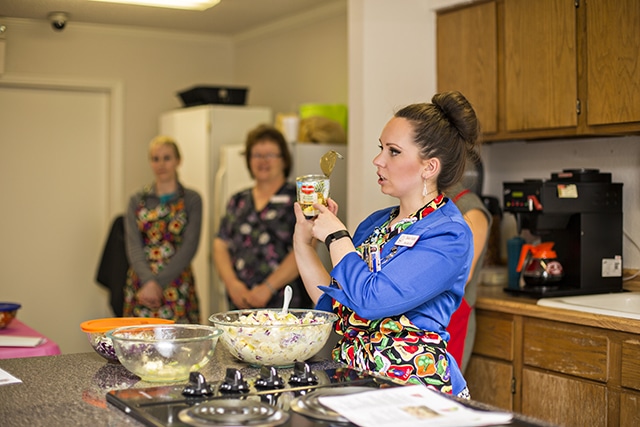 Since Nov. 2013, the Citizen Potawatomi Nation Diabetes and Healthy Heart programs have put on a cooking demonstration once a month for individuals suffering from diabetes. Healthy Heart Coordinator and Dietitian, Torie Fuller MS RD/LD, has coordinated the monthly demonstrations along with help from other dietitians and interns from FireLake Wellness Center.

Because Native Americans have a higher likelihood of developing diabetes, it is important tribal members learn how to lead healthier lifestyles. That learning starts in the kitchen.

The cooking demonstrations put together by Fuller and her team introduces healthy meals that are easy to make.

“The last cooking demo we had introduced parsnips, which is something new for a lot of people,” said Fuller. “We let attendees try it raw and then cooked, and a lot of people were surprised that it was something that they actually enjoyed. Many people admitted if they saw parsnips in the grocery store they would think that looks strange and wouldn’t want to try it.” 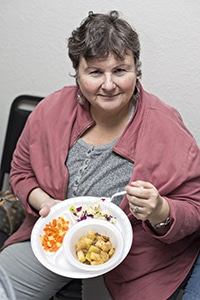 Fuller added “Every time we have a cooking demo we want to introduce something new. We want to show people easy recipes so they can go home and use what they’ve learned. From the last cooking demo we had, several people said they enjoyed it and plan on coming to the next one.”

In order to attend one of the cooking demonstrations, individuals must be enrolled in either the Healthy Heart Program or CPN Diabetes Program. The demonstrations last around an hour and typically involve three different meals prepared for the attendees.