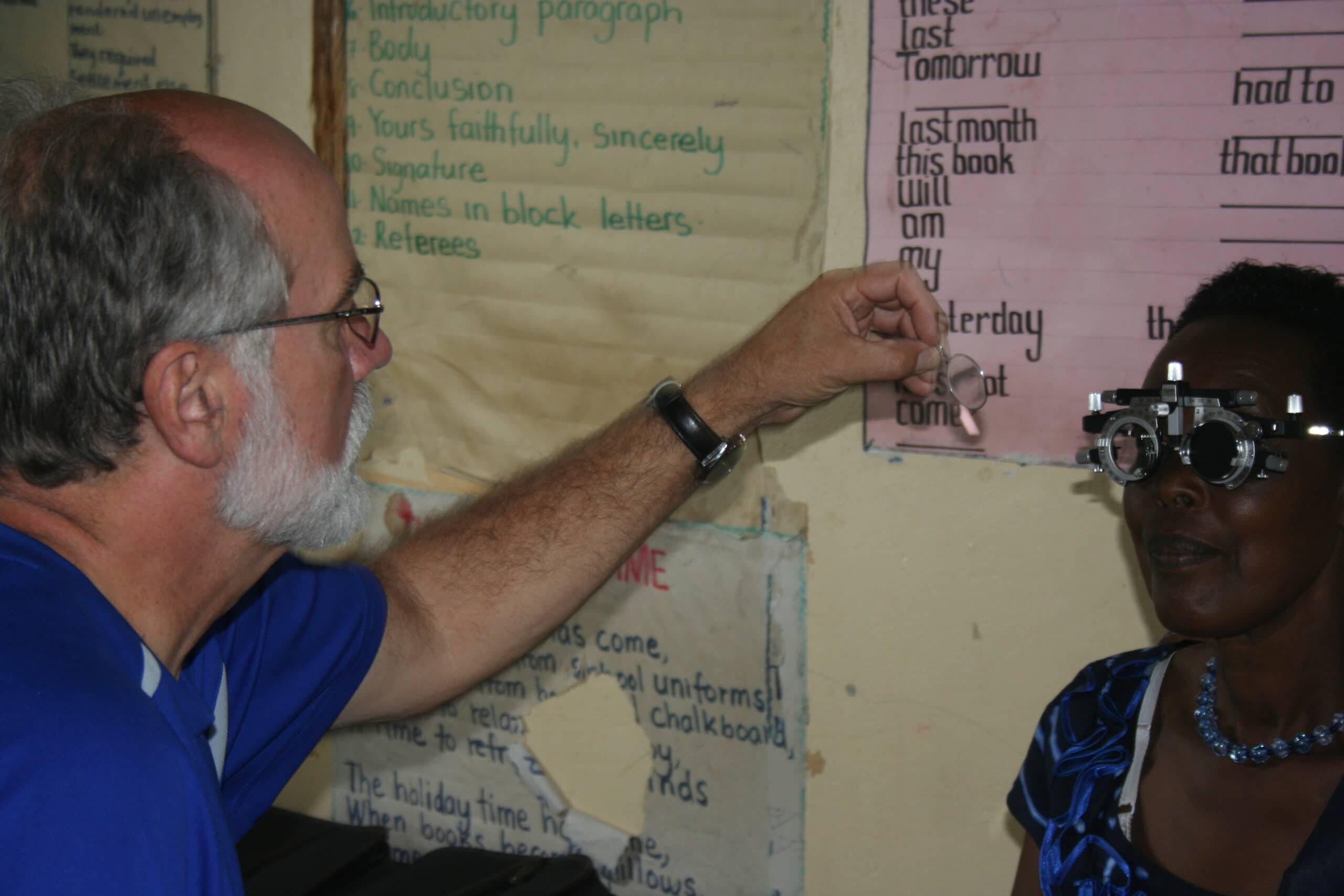 The now retired optometrist was born in Holdenville, Okla., but moved to the West Coast in 1961 when his father, a school teacher, took a position in Dinuba, Calif. Slavin’s move followed two major migrations of Oklahomans to California. Best known from the John Steinbeck classic, “The Grapes of Wrath,” the first exodus took place in the 1930s Dust Bowl and was followed by the 1940s’ emigration of ‘Okie and Texan oil field workers to new job opportunities in the then-booming oilfields of California’s Central Valley.

Said Slavin, “We had as many relatives in central California at the time as we did in Oklahoma when we left Holdenville. It seems like I had family of some sort in all of the surrounding towns growing up.”

Upon his graduation from high school, Slavin went on to Reedley College and Optometry School at Pacific University. His career path eventually took him to Vancouver, Wash., where he is today after working for more than four decades as an optometrist.

Slavin knew about his Potawatomi heritage as a youth, in large part because he remembers his family received one of the last settlement checks, but really delved into his family and tribal history following the tribe’s expansion of activities to regions outside of Oklahoma. It was through this further study of all things Potawatomi that Slavin learned more about the importance of his ancestors to the Tribe’s establishment in Oklahoma.

To escape the Irish potato famine in the mid-1800s, his great-grandfather, James Slavin and his brother Thomas travelled to St. Mary’s Mission in Kansas, then-home of what would become the Citizen Potawatomi Nation.

“In my opinion, one of the most important figures in the Slavin family wasn’t even a Native American, but an Irishman,” explained Slavin. “Both brothers married Potawatomi women, and Thomas eventually made sure all of the children, including my grandfather, made it to Oklahoma and received their allotments.”

Since his first regional meeting in Portland, Ore. in 1985, Slavin has become an unofficial historian of the Potawatomi, reading any and all material that gives information on the Tribe’s customs and history. This interest includes his familiarity of Potawatomi art, which Slavin has earned the right to boast about. His bronze sculpture of “The Potawatomi Creation Story” is currently on display at the CPN Cultural Heritage Center.

“Given our Tribe’s specific history, many of our traditions have been mixed with other tribes and cultures,” explained Slavin. “So I have made an effort to study and create Potawatomi art that is truer to what our ancestors created from their homes in the Great Lakes region.”

It’s this passion that has driven Slavin to run for the District 8 seat in the upcoming election.

“I’m running because I felt that outside of the general tribal area there is a disconnect and I thought I could connect to the tribe, work with it and help some people. But I think at the national, state and tribal level, there has got to be someone offering an alternative.”

Slavin has said that if he succeeds, he’ll make an effort to get in touch with as many of the district’s citizens as possible given the challenges posed by having people spread across such vast distances. A candidate who has no problem saying he’ll shake things up, Slavin believes that an alternative view is needed going forward.{jb_quoteright}“I’m bringing up some points that some people might not particularly agree with, but they need to be discussed. Otherwise it will never happen.”{/jb_quoteright}

“I’m bringing up some points that some people might not particularly agree with, but they need to be discussed. Otherwise it will never happen.”