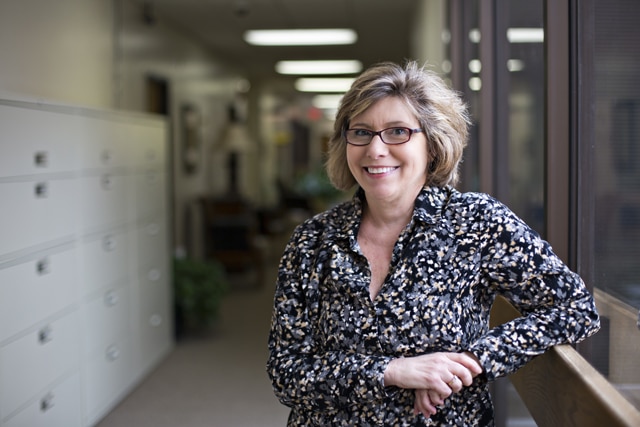 Tribal governments across the United States have access to funding opportunities that the average commercial entity or private citizen does not, but gaining that access isn’t straightforward. That process is typically worth it though, as evidenced in the rapid growth in services the Citizen Potawatomi Nation offers to the areas surrounding CPN headquarters as well as tribal members nationwide.

“In the end, it’s about taking care of ourselves,” said Butcher. “That is what the primary role of our office is, to help the tribe access the resources it needs to care for its own affairs.”

That simple notion is one of the Citizen Potawatomi Nation’s guiding principles, though others may be more familiar with Chairman John Barrett’s often heard axiom, “Don’t eat the seed corn.”

As is the case with any large bureaucracy, capitalizing on grants from the federal government is a time consuming
process. Under Butcher, project teams of CPN accounting staff, grant administrators from the Self-Governance office and the tribal department utilizing the funds partner on grant applications. While this procedure can border
on the tedious, without it, programs that help thousands of tribal members would not exist.

Butcher’s motivation in helping CPN become self-sufficient is reflected in her upbringing. A member of an Air Force family, she spent much of her formative years living in U.S. military installations across the world before finally settling in Beaver, Okla. Butcher was able to attend college through assistance from the federal government as part of her late father’s benefit payments as a member of the armed forces.

“I have personally benefitted from federal funding, and have seen what good it can do,” recalled Butcher. “But I used the opportunities those funds provided to educate myself and advance my career, and I’ve repaid the money that was spent on my education. That is how the system is supposed to work.”

Butcher’s work as a healthcare consultant in the Shawnee, Okla. area initially brought her to the attention of Chairman Barrett, who had asked her to serve as a consultant as the tribe began preparations to enter into selfgovernance compacts with the Bureau of Indian Affairs and Indian Health Services in the late 1990s.

“Rhonda had worked as a consultant for the Absentee-Shawnee, and I had asked her thoughts on our operations as we entered negotiations with the BIA and IHS,” said Chairman Barrett. “After meeting with her,
I knew we couldn’t pass up the opportunity to bring someone as skilled and knowledgeable as Rhonda on board. Looking solely at our CPN Health Services as they are today is a pretty good indicator that we made the right decision.”

With Butcher’s assistance, the tribe compacted with IHS in 1998 and with the BIA the next year.

“The federal government’s structure is a ‘one size fits all’ approach, even with good intentions,” explained  Butcher. “Many of the programs the tribe boasts, from health services to transportation, were handled directly by the U.S. government. With the signing of the compacts, CPN manages our own programs and tailors them to fit our specific needs. What this does in many cases is reduce the administrative costs and get more services to the people who need them.”

These arrangements are a stark change from the federal government’s policies in the years preceding the 1975 Indian Self- Determination and Education Act. Prior to this, tribal governing bodies across the U.S. were required to have BIA officials involved at almost every level of governance, from getting land put into trust to having a quorum for a tribal meeting.

“Our goal is to use the federal funds that we’re eligible for in order to make the Tribe as self-sufficient as possible,” said Butcher. “We know what our people need better than someone who isn’t here every day. Self-Governance isn’t just a department; it is about making the hard decisions and doing the hard work to take care of ourselves.”

This approach has paid dividends for the Tribe as it continues to grow. CPN boasts its own CLEETcertified police force, sewage and water systems as well as a host of social and medical programs that serve tribal members, Native Americans of other federal recognized tribes and fellow residents of Oklahoma.