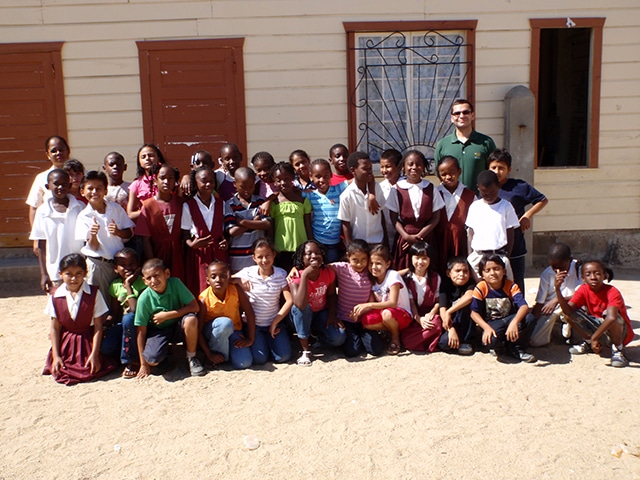 Welcome to another edition of the Potawatomi Cornerstone. When I first started to write about current tribal members, I thought the only problem I would have is who to pick to do an article on from all of the requests. As it turns out the problem is the exact opposite. I would love to have to go through a pile of requests and maintain a regular monthly feature instead of having to fight tooth and nail for interesting stories that come out periodically.

Please get in touch! I know there is a never-ending list of tribal members out there that have something to share. I visit many of you around the country every year.

For this issue, I would like to introduce Browning Neddeau, of the Neddeau ancestral family, a young tribal member living in California. I’ve known Browning for several years, meeting and speaking with him at the district meetings. Browning’s Potawatomi name is Pnashwa, meaning “Light breaking through the dawn”.

Like an increasing number of our tribal youth, Browning has taken an extra step in educational excellence. His academic record is notable. He received his BA in Child and Adolescent Development with a minor in Political Science at San Jose State University. After graduating, Browning attended the University of San Francisco where he received his Masters in Teaching where he went on to get his Doctoral of Education [Ed.D.] in Learning and Instruction.

During the course of his education, Browning served as Co-President of the Jewish Student Union, played trombone. He also participated in various voice, theater and dance performances in the community. At the time he was working on his Masters, Browning taught a fifth grade class at a Catholic School, sang in the university’s classical choir and worked in commercial printing and television.

When working on his doctorate, Browning traveled to Dangriga, Belize in 2010 for a two-week immersion trip. The trip allowed him to teach alongside Teacher Education graduate students and learn how to design and implement lessons at the Sacred Heart School. He also learned how to integrate technology and incorporate music and movement across the curriculum to meet learning objectives.

Browning stated that Belize is a young country with 50 percent of the population being under 18 years of age. It is not uncommon to have eight to ten children per family household. He also pointed out that education is out of reach for most children, while all schools are private and religious based. There simply is no public school system in the country. Families must pay $40 a year to send a child to elementary school and yearly tuition goes up to $400 to send a teen to high school.

Since Belize is a third-world nation, most of the population is poor. Those that are able to receive an education usually become teachers and community leaders. The status quo is maintained by government officials practicing nepotism and unfortunately, drug cartels. The politics of the government and cartels is one of silence, with Browning telling me that “No one says a thing…”

Cross someone, and you disappear. 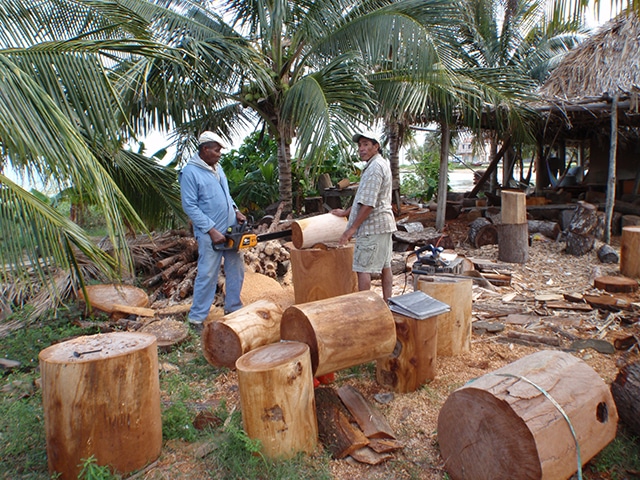 Browning received his Ed.D in 2013 when he completed his dissertation, “The Relations Among School Status Variable, Teacher Academic and Arts Curricular Emphases, and Student Academic Achievement in Grades 1, 3 and 5.”

I also wanted to add some family history to this article, specifically history from his mother’s side.  Though it is not Potawatomi, the nature of the history is a shared history. It is one of exile, relocation, and genocide simply for the reason of being different.

Browning’s grandmother was born Irmgard Salomon, a Jewish girl born in Berlin, Germany in 1921. After Hitler came to power and the passing of the Nuremberg Laws, a large number of the Jewish population began to flee to other countries. Unfortunately, many of them were faced with immigration roadblocks making it difficult to enter these countries.

There was, however, one destination that had no roadblocks: Shanghai, China. Regrettably, it had less to do with altruistic sentiment and more to do with the decentralized and colonial nature of the region. Though the Chinese government required the inspection of emigration papers before entry, it was not enforced making it an option of the last resort.

And a last resort it was. Jewish emigrants were forced to live in a one square mile area of the impoverished Honkou District of Japanese-occupied Shanghai. It was formally named the Restricted Sector for Stateless Refugees, but everyone called it the Shanghai ghetto. Local authorities were unprepared for the number of refugees and as a result those living in the area were faced with harsh conditions. It included starvation, usually ten people to a room, disease, no sanitation, and little work. It was a far cry from the luxurious three week trip they took by train to Genoa then by luxury liners to China with plenty of food and entertainment along the way, only to succumb to a nightmare;  a nightmare that lasted eight years for Irmgard.

After Irmgard was released from the camp, she met her future husband Robert Clark, an American who at the age of 16, ran away from home and lied about his age to enlist in the Navy. They were married by Admiral Nimitz, Commander-in-Chief for the Pacific Fleet.

What does being Potawatomi mean to Browning? It means to preserve our heritage and family history, culture and identity through pow-wow dancing, and teaching the realities of cultural awareness. He remarked that what a number of children are taught about Native Americans is superficial in nature.