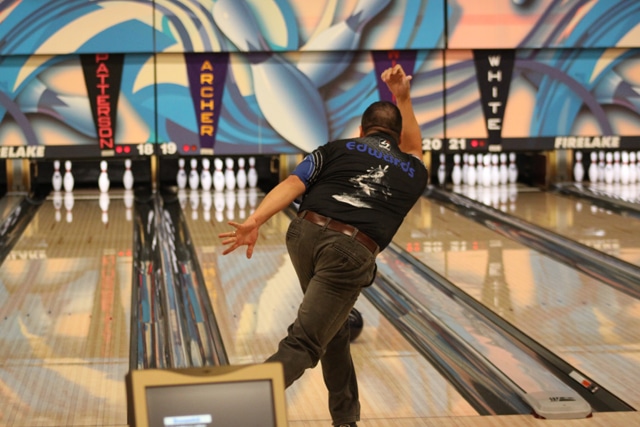 In August 2012, the PBA unveiled a new format for championships in the country’s six regions. Players must qualify among the top-48 in the region’s season long points race. The winners of each regional championship get an automatic entry to the 2013 World Series of Bowling.

“When the PBA decided on this new regional tournament format, I immediately called up (FireLake Bowling Center General Manager) Chris Skillings,” said PBA Southwest Region Director Pete McCordic. “Since FireLake had done such a good job hosting the event in April, I had no hesitation in requesting that they host the regional invitational.”

FireLake hosted the two day PBA Shawnee FireLake/Flintco Southwest Open in April, drawing players from across the southwest and from as far away as Wisconsin and California.

“To host an event like this in its first year is a really big deal,” said General Manager Chris Skillings. “Having a Friday pro-am is a good way to get people out here to meet these professional bowlers, and then over the weekend you see them go head to head and really get an idea of how good they are.”

Since its opening in 2011, FireLake Bowling Center has steadily tried to build up clientele for recreational bowlers and those who wish to pursue it as a sport.

PBA Regional Director McCordic agreed, commenting, “There are a lot of new bowling centers being built, but many are more focused on promoting birthday parties and corporate outings rather than bowling as a sport. But I hand it to Chris and FireLake. While those are understandably big parts of your income as a bowling center, he’s had the desire to promote bowling as a sport for both professionals and youth around here.”

If you would like to learn more about bowling around the Citizen Potawatomi Nation headquarters in Shawnee, Okla. please contact FireLake Bowling Center at 405-275-0404 ex 0 or visit www.FireLakebowl.com. To find more information about college scholarships for youth bowlers, please visit www.bowl.com/youth/youth_home/scholarships.