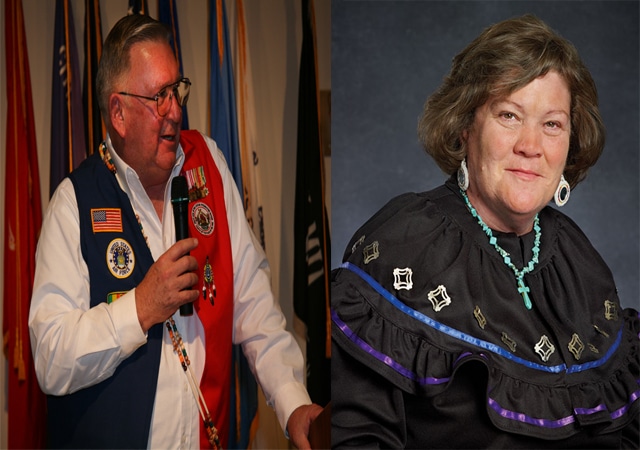 Editor’s Note: With Family Festival less than a week away, voting in the District elections will conclude on June 29 at the CPN Tribal Court. In the interest of giving the candidates in this year’s two contested elections one last appeal to the voters, below are messages from the District 4 incumbent, Theresa Adame, and her challenger Jon Boursaw.

When I was approached to write one last article about the election and my re-election, I was allowed up to 400 words. My thought on this subject will not take anywhere near that much ink.

I am asking you to cast your vote for my re-election. You have come to know me in the last four years by my votes and actions. I have attended your family reunions, naming ceremonies and addressed your questions and concerns.

It has been my privilege to serve with the fine people elected from around the nation. I feel I have earned their respect as I respect them and work well as a group.

The love for my tribe and our family history was instilled in me at an early age and I have always known that in my heart I am Potawatomi. I have always had the best interest of our tribe and the needs of our people in mind and will continue to vote that way.

Thank you for your vote and I look forward to continue working for you in my next term of office.

As always feel free to contact me if you have any questions.

Over the past several months you have repeatedly seen my commitments to the Tribal members in District 4 if selected to be their CPN Legislative Representative. Included among these are being responsive in a timely manner to their questions and concerns, keeping CPN members in District 4 informed of significant legislative issues and actions, willing to meet with members at various locations in the District, and a goal to expose the young District 4 members to the Tribal culture, traditions and history.

However, there are several additional objectives that I would like to accomplish during my time in office as the District 4 Legislative Representative; these are:

Obviously, I feel strongly that much more should be done in District 4 to serve and support our members and preserve our heritage.