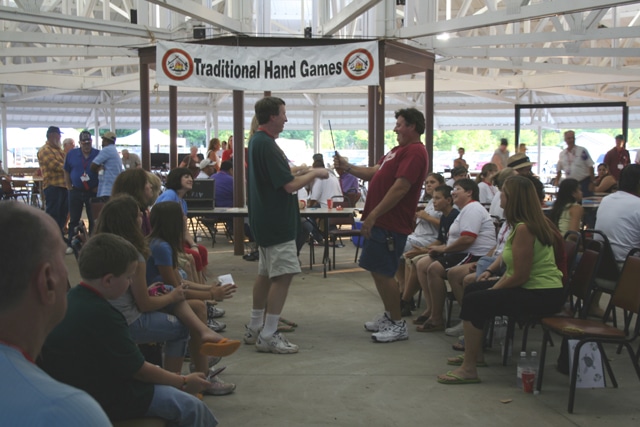 Two teams of participants would compete against one another. In previous centuries, Potawatomi would bid on each team and wager on the winner. The person who correctly backed the competition’s winning team would get a large percentage of the overall wager, while the team’s members would get a cut of the winnings.

Each team had a captain, who chose two hiders and one picker for each round of the game. The Hiders would conceal two small objects, typically beads or smooth rocks, in their hands behind their back before placing them in front of their body.

The opposing team’s Picker would then have to guess which hands the beads were in. To indicate which hand of the Hider they were choosing, the Picker pointed to their opponents’ hands with a decorated stick.

The Picker had to correctly guess which hands they were in, which could only come in the following combinations:

To score a point for their team, the Picker had to correctly pick which two hands the beads were hidden in. No credit was given for only getting one bead. Games were typically played to the score of nine. While it is not common practice today, players used to keep score by placing sharpened sticks in the ground, which acted like a scoreboard for the competition. 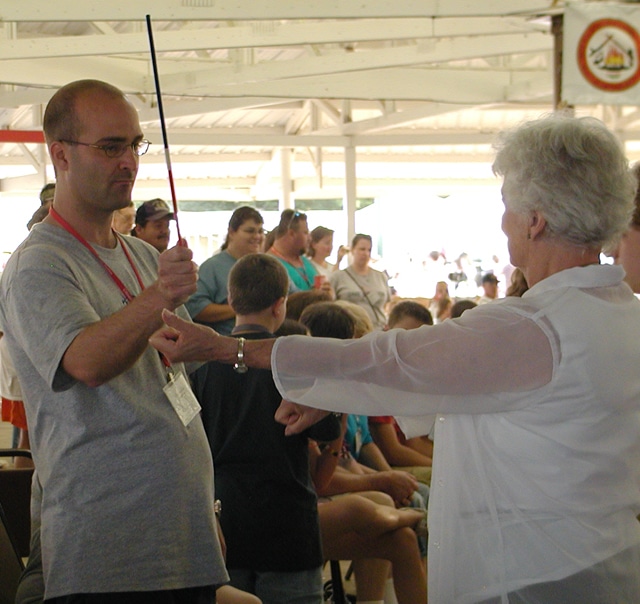