Firefighting and legislating, all in a day’s work for CPN’s Mark Johnson 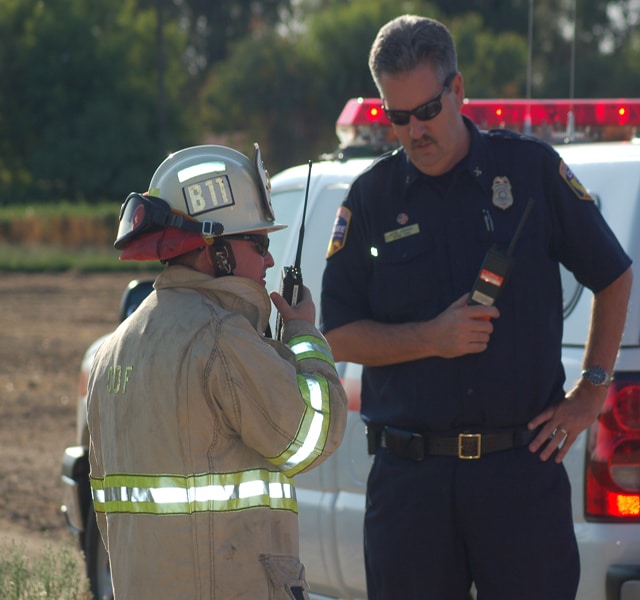 CPN Legislator Mark Johnson has a unique undertaking when it comes to organizing meetings for his constituents. But working with expansive geographic challenges is nothing new for Johnson, who has spent his career outside of the legislature fighting fires with the California Department of Forestry and Fire Protection.

Johnson, born in Sanger, Calif. is a descendent of the Vieux family and since 1980 has worked as a fire fighter in California’s central valley and surrounding mountains. Originally from the Shawnee, Okla. area, Johnson’s family relocated from their allotment west of town to Calif. during the 1930s, part of the great Westward migration of plains states residents during the Great Depression. Born and raised in Sanger, Johnson decided to pursue firefighting as a career after high school.

“It was something that always drew my interest. As a youngster I would walk to the Sanger Fire Department from time to time, the fireman knew me by name and I just thought it would be a great job when I grew up,” explained Johnson.

He served as a volunteer firefighter in a part time capacity while attending classes at Fresno State University before eventually joining on in a full time capacity.

“The majority of our calls are medical in nature,” explained Johnson. “But what most people assume what we do is what they see on the news during fire season, which is fighting large forest fires.”

As head of the Operations Division, Johnson is responsible for the overall deployment and preparedness of the district’s emergency response personnel and equipment. To coordinate these resources over the expansive territory that falls under the district’s jurisdiction, Johnson oversees a staff of six battalion chiefs, thirteen teams of 2-3-person engine companies, one 3-person truck company and a medium rescue unit, all of which are housed in 13 full time fire houses. This team is responsible for responding to an average 14,700 incidents each year.

Over the course of his 30 plus years of service, the Sanger native has seen some of the largest and most intense wild fires to hit the state in recent decades, including the 2003 Cedar Fire in San Diego. The fire started when a man-made signal fire got out of control. The Santa Ana Winds fueled blaze burned more than 280 thousand acres and killed 15 people, one of those a firefighter. That fire remains the largest in California’s history.

Recalling those experiences, Johnson explained his motivation for such a harrowing career choice. “I would do the job for free if I did not have a family and bills. The job provides a great deal of satisfaction in helping our fellow citizens. Generally we deal with people who are having the worst day of their life and we have the ability at times to make a dramatic positive impact on their lives.”

Now in his third decade in firefighting, the District 7 legislator serves a managerial role that focuses on logistics and strategic planning. The duties allow him time to serve CPN members in his legislative district. Johnson cites his experience overseeing large scale firefighting operations as good practice for serving his constituents.

“During large fires, we routinely can build a Fire Camp of 2000 people in 12 hours, so the logistical and organizational experience I have gained over the years in the fire service will serve me with any undertaking,” said Johnson “I always have my cell phone and can answer members’ questions when they call or return their calls immediately.

If you are a District 7 resident and would like to learn more or get in contact with Mark Johnson, he can be reached at mark.johnson@potawatomi.org or www.markjohnsoncpn.com.