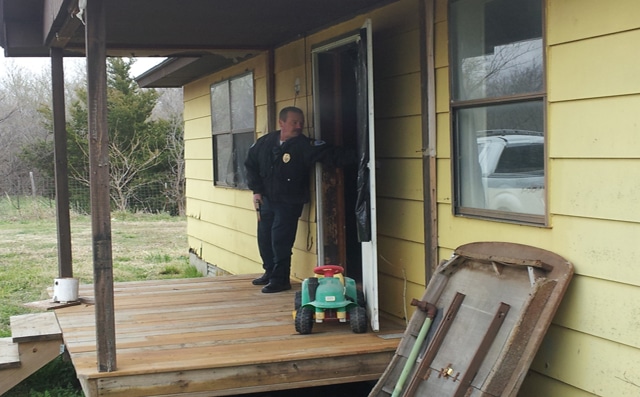 The session is the first in a three part series of exercises designed to train officers how to enter a hostile environment where firearms may be present.

“This time around, we want to get everyone familiar with the exercise,” said Major Opela. “In phase two we’ll add a time limit, and then in phase three we will raise the intensity to reflect an actual situation an officer could face.”

The exercise consisted of entering abandoned farm houses owned by the tribe which contained a number of targets. Some of the targets were armed while others were not. Officers practiced entering the residences and assessing which targets were hostile, a scenario faced by law enforcement members regardless of the beat they walk.

“We hold to the crawl, walk, run method of training,” explained Sergeant Hendrickson. “Officers start off entering the houses alone and untimed. Each stage the difficulty is increased.” 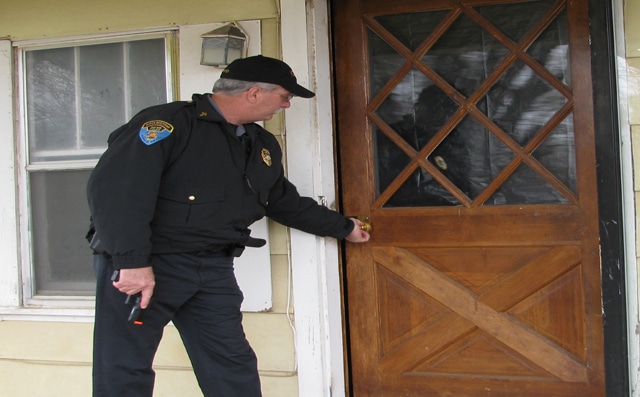 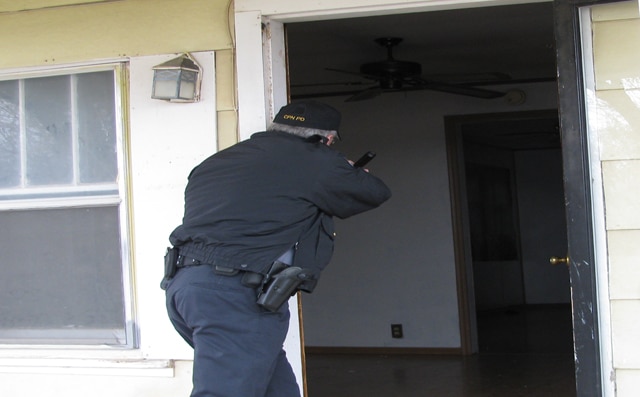 More than half the CPN police officers participated in the exercises along with representatives of law enforcement agencies in the surrounding communities. The overall goal is “practice like you play,” said Dr. Jim Collard, CPN Chief of Police.

“The idea is to get officers trained to deal with these situations through instinct and reaction,” said Dr. Collard. “We want them to be able to assess the circumstances and act according to how they have trained.”