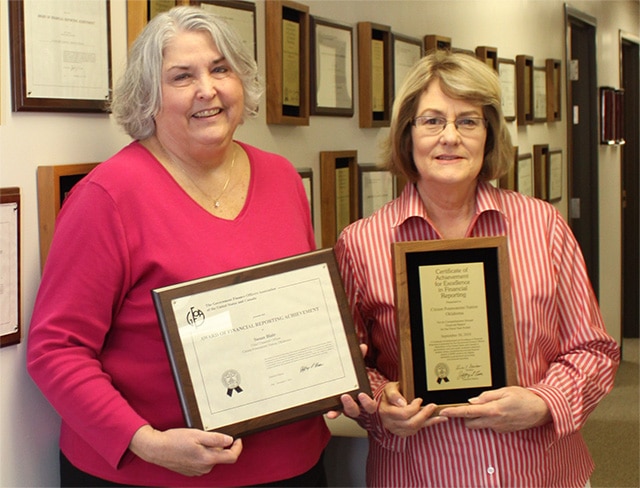 The Citizen Potawatomi Nation has earned a national award for financial excellence for the 23rd consecutive year.

The Government Finance Officers Association of the United States and Canada has recognized Citizen Potawatomi Nation for creating a transparent and comprehensive annual report. The award was for fiscal year 2011, which ended Sept. 30, 2011 and is in recognition of the tribe’s adherence to financial transparency and full accountability for the CPN’s financial resources.

The award is the highest form of recognition in the area of government accounting and financial reporting, and represents a significant accomplishment by Citizen Potawatomi Nation.

Submissions are judged by an impartial panel to meet the high standards of the program including demonstrating a constructive spirit of full disclosure to clearly communicate financial story for CPN.

The GFOA established the Certificate of Achievement for Excellence in Financial Reporting Program in 1945 to recognize individual governments for their achievements in financial reporting.