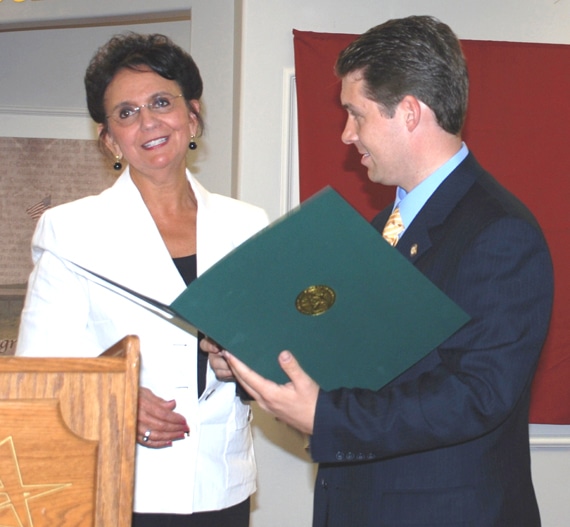 In an event recognizing the quality of her contributions to education, Citizen Potawatomi Nation Vice Chairman Linda Capps has been induct4ed into the Gordon Cooper Technology Center Hall of Fame. Ms. Capps entered along with retired Masonry Trades instructor Rocky Williams of Chandler, Oklahoma in a ceremony on the Technology Center’s Shawnee campus on Thursday, May 6.

The GCTC Hall of Fame is an effort to honor those who have given their time and talents to build and guide GCTC over the years. The GCTC Education Foundation established the Hall of Fame wall in the student commons area. “These honorees have inspired countless students and clients to discover their potential for learning and success in the workplace and life over the years. They both continue to make a positive difference for others and our local communities,” Gordon Cooper Technology Center Superintendent Marty Lewis said.

Linda Capps has been a tireless worker and diligent advocate for Gordon Cooper Technology Center in all the professional positions she has held through the years.

Mrs. Capps served as a Title IV Indian Education director in this area in the 1970s, she worked as a bid assistance coordinator for GCTC during the 1980s and 90s and she has served as an administrator and elected official of Citizen Potawatomi Nation since the late 1980s.

Ms. Capps was born in Harrah and attended Harrah High School. She earned a bachelor’s degree in business from USAO in 1975 and a master’s degree in secondary education with vocational emphasis from USAO in 1986.
She worked as a business education teacher and served as yearbook and newspaper editor at Dover High School for the 1976-77 school year. She moved to Tecumseh with her husband, Roy in 1977 and went to work as the Title IV Indian Education Coordinator, secondary business instructor, and career education coordinator for Tecumseh High School from 1977 to 1983.

Ms. Capps worked as an instructor in the Kickapoo Vocational-Technical Program at Gordon Cooper Area Vocational-Technical School from 1983 to 1987. She assumed the role of bid assistance coordinator at Gordon Cooper from 1987 to 1998. In that capacity, she assisted more than 600 area businesses secure more than $300,000,000 in government contracts.

Ms. Capps has been an elected official of the Citizen Potawatomi Nation since the late 1980s. She was elected Vice Chairman of CPN in 1989 and continues to serve in that capacity. She is also a tribal administrator, helping oversee hundreds of employees.
Her many civic activities include serving on the Gordon Cooper Technology Center Education Foundation board of directors. She has also served on the board of directors for: Absentee Shawnee Family Self-Sufficiency Program, Tecumseh Chamber of Commerce, First Oklahoma Bank, Oklahoma Indians for Opportunity and the Southwest Center for Human Relations at the University of Oklahoma. She also served on the president’s advisory committee for St. Gregory’s University.

The Chandler resident left his mark all around the campus. He and his students learned as they built numerous campus improvements such as brick paver sidewalks, a beautiful fireplace in the commons area and many ceramic tile areas. The Masonry Program tackled many projects for partner schools such as baseball backstops and bleachers at Bethel High School, baseball backstop at McLoud High School, concession stand and other improvements at Grove School, and playground improvements at Strother School.

Williams was also a student at Gordon Cooper from August 1972 to May 1974. He was in the masonry class his junior and senior years at Chandler High School. He completed 115 hours of college credit at Seminole Junior College and Oklahoma State University.

He is now in the process of launching a new career as a bi-vocational Christian minister. He hopes to serve as pastor for a rural congregation that can’t afford a full-time minister. 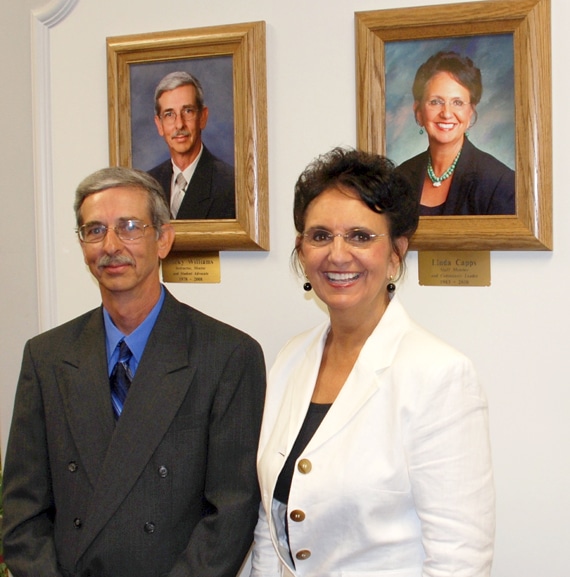