Before HIV and AIDS can be treated or eradicated, it must be diagnosed 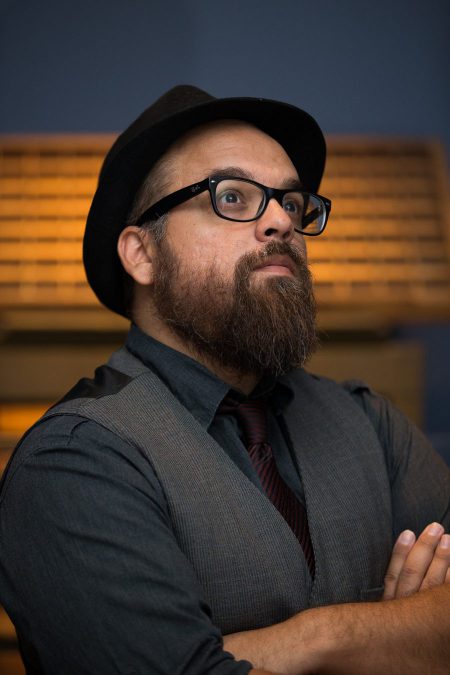 A background in film

Barfield has always been interested in art, but when he attended deadCenter Film Festival in Oklahoma City 12 years ago he fell in love with the local film community. Barfield began searching for film schools, and his wife Melanie discovered Oklahoma City Community College had a two-year video program.

“We were completely impressed with the size of their studio, their equipment and more importantly the instructors,” Barfield said. “Gray Frederickson, who is the producer of all three Godfather films, Apocalypse Now and The Outsiders, came back to Oklahoma and helped start this film program at OCCC. Greg Melott, who is a prominent screenwriter, wrote scripts for several Jackie Chan movies and Emmy Award-winning scripts. The staff was really impressive; everything about the school is impressive.”

Each student going through the film program at OCCC must create a film as a capstone project. Barfield started his a year early and earned several accolades for the piece. He finished the project and graduated in 2013.

“We created a 30-minute Holocaust narrative film for about $6,000, and we ended up getting into film festivals and winning awards, so that was a big honor,” Barfield recalled. “The biggest honor for me was when Frederickson, who has done all these major films and won an Oscar, called me and asked if he could use the project for his class. He’s been teaching that project in his class for several years and still teaches it.”

Each year, Frederickson asks his students to break down Barfield’s script from projected cost to materials needed to learn how to effectively make a movie for their capstone course. He had opportunities while studying at OCCC to assist with a couple of short films, each one pushing his skills a little further.

“It was so cool to go through his class and hear all of Frederickson’s stories from years and years of production and how he got started,” Barfield said. “There was one phrase that he would say that stuck out to me: ‘Avanti elefanti,’ which means ‘Bring on the elephants’ in Italian. You get your foot in the door and prove yourself; then you make it happen.

The future of cinema at CPN

Since graduating from OCCC in 2013, Barfield has been involved in the Oklahoma film community and has done contract work, from commercials to short films. He began his work with CPN making 15-second commercials for events at FireLake Arena and then moved into different motion graphics needed for the public information department and the CPN Cultural Heritage Center.

“I worked on a 15-minute mini documentary on Potawatomi history that the human resources department shows during weekly new-hire orientation,” Barfield said. “It was a challenging piece, but I enjoyed going through all of the history. I’m a history buff, so I enjoy everything that they hand to me because a lot of it is culturally based.”

Barfield has been a key player in creating interactives and visual projects for the Cultural Heritage Center while the staff revamps museum exhibits for its January opening. He uses a variety of tools including creating motion graphics, 3-D animation and video production.

“I’ve done eight videos that are motion graphics or cartoon-style videos covering the creation stories of the Potawatomi tribe,” he said. “We’re currently working on three mini video games for the museum that require a lot of motion graphics and drawing.”

When asked what he likes most about working for Citizen Potawatomi Nation, Barfield said, “I remember growing up thinking how awesome it would be to work for Disney with this desire to do all aspects of film production whether it is 2-D art, 3-D art, video production or film production. This job gives me the opportunity to play in all of those realms, so, for me, it’s a dream job. I get to give myself projects that I’ve wanted since I was a kid, so I love every bit of it.”

His vision for the Cultural Heritage Center’s audio-visual department is to first and foremost fulfill the vision director Kelli Mosteller and curator Blake Norton have for the new exhibits. When the museum is finished, his goal is to help CPN move into feature film production.

“Over the last handful of years, the Chickasaw Nation has produced three feature films — very impressive projects — and I feel like Citizen Potawatomi Nation has the same capabilities if not more so,” he said.

To learn more about CPN Cultural Heritage Center and the exhibits Barfield has worked on, visit potawatomiheritage.org.