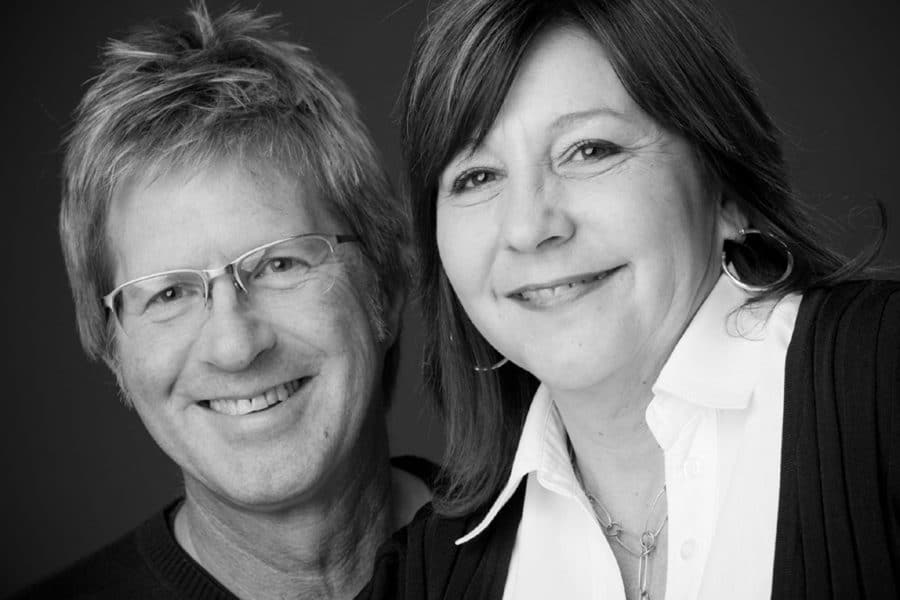 Branded as “architecture, planning and interior design for the Native American community,” Anishinabe Design Inc. is one of two architectural firms owned by CPN member Cheryl Lockstone and her husband, Barrett Williamson. Their office sits at Asp Ave and Boyd Street on the University of Oklahoma’s Campus Corner in Norman.

“My husband calls it the ‘Center of the Universe’ because we have the premier balcony on the corner above Starbucks,” she said. “So, we get to have wonderful game days. We’re big OU fans.”

Previously a full-time painter, the Bruno family descendant spent seven years in the early 2000s exhibiting and selling her work in juried art shows from Arizona to Michigan. She now serves as the chair of the Norman Public Arts Board; however, her work with the firm has required most of her artistic abilities in recent years.

“Architecture, of course, is a creative business. … When we first started the firm, I was interested in combining art and architecture in some way,” she said.

“I finally said, ‘OK, I’m going to do this, but I want to make sure that all of the Native projects that we do … that the culture of that tribe is put in the building,’” she said.

Plans for the dining hall combined Pawnee customs and art with a star map painted on the ceiling in the main space of the building. Lockstone gathered inspiration for the design after visiting the Field Museum in Chicago and standing underneath a replica of a Pawnee earth lodge. They consulted Pawnee Business Council member and elder Charles “Buddy” Lone Chief to identify important constellations and their proper placement. Then, the staff painted it by hand.

“Everyone from the office went on a Saturday, and we spent the night. We spent two days painting the ceiling of the Pawnee Nation Dining Hall, and it reflected their star chart. … Every project that we’ve had since then, we’ve tried to work closely with elders of the tribe and get their input.” Lockstone said.

Anishinabe Design focuses on restoring and rehabilitating tribally owned or culturally significant structures. Lockstone said the goal of creating a new purpose from a space that already exists aligns with Native customs and traditions.

“Anything that’s going to save a historic building instead of tearing it down is important to us because we believe that you should reuse and recycle instead of knocking down and rebuilding,” she explained. “And the original building is maybe a better-built building with better materials.”

As an architect, her husband enjoys those kinds of challenges and builds his reputation around them. Besides the Pawnee Nation College dining hall, their firm repurposed the Casa Blanca Building on the OU campus into the Chickasaw Nation Student Services Center. Originally a sorority house built in 1925, the tribe reimagined it as a home away from home for its students with a living room, dining rooms, computer lab, laundry room, library, game room and much more.

Work began in 2018, and they preserved the original fabric of the building, including refinishing and reusing the original wood windows.

“I’ve always loved that building, and people in Norman especially have a strong sense of that building and a lot of ownership towards it,” Lockstone said. “Everyone was excited to finally see the Chickasaw Nation come in and restore that building.”

“It’s the tribe helping their people, and they help them in a way that doesn’t make them feel like they’re being helped or put down,” Lockstone said. “It’s like lifting people up, and so most of the tribal projects that we do, I feel like we are lifting people up.”

Currently, they are working on an expansion of an Indian Health Services clinic near El Reno, Oklahoma, with the Cheyenne and Arapaho Tribes. With primary construction set for completion in fall 2021, the new facility expands provider services and offers radiology, pharmacy, dentistry and more in 16,000 square feet — significantly larger than the one destroyed by a tornado in spring 2013.

“It’s just going to be a much better facility. So, whenever you look that we’re able to help the U.S. government fulfill treaties with tribal governments in place to make sure Native populations have access to health care, it’s very gratifying to me that we are able to give back in that sort of way by building really nice facilities,” Lockstone said.

Throughout the last decade, working with tribes across Oklahoma and learning their customs taught Lockstone how to engage uniquely with them and made her more appreciative of her own.

“I just encourage everyone that is a tribal member or whatever tribe you belong to just be a part of your cultural heritage,” she said.

Visit Anishinabe Design on the web at anishinabedesign.com.