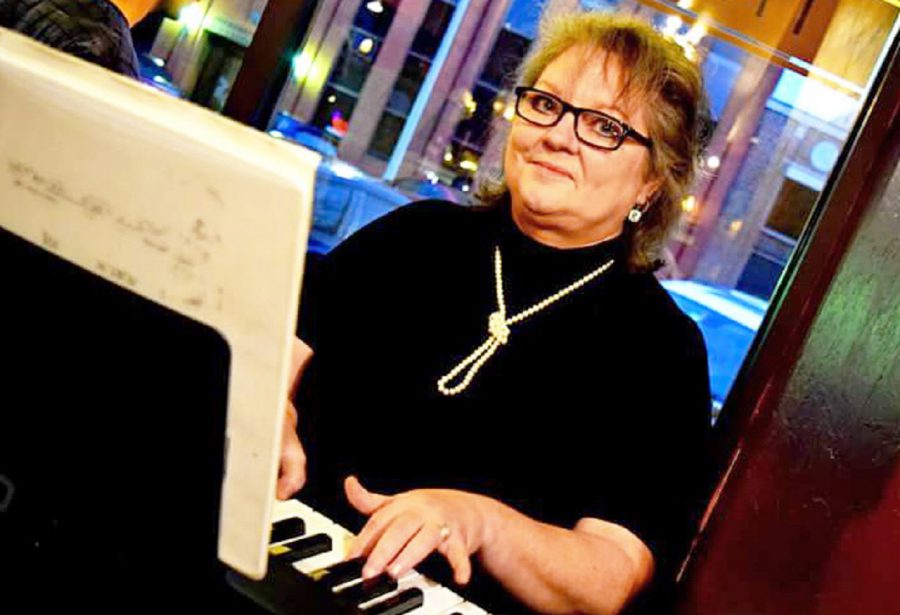 For some people, music is background noise, filler for silence or a hobby. For tribal member Lissa Morris, it’s everything.

“I was born into a musical household. My mother is a classically trained pianist and my father is still an active guitarist who plays at local venues several times a week,” Morris said.

Morris, a descendant of the Melot family, said her musical journey began before she can even remember.

“I’m not sure exactly when I started tinkering around with the piano, probably really early. I started informal lessons at age four with my mother, who had many piano students over the years,” Morris said. “Even at that age, music made perfect sense to me and reading it was no problem.”

While growing up, Morris’ family replaced TV-watching with books and music. Morris said she’s thankful for that now and spent most of her hours practicing piano every day. She began formal lessons at age 13 at the University of Central Oklahoma. By the time she was 14 or 15 she was playing and singing in church services, weddings and events.

“After graduating high school in 1983, everyone expected me to go further in music but I decided to join the Air Force and find a little adventure,” she said.

However, Morris said that even while in the Air Force she found herself hired to play at all kinds of events. She married her husband, Randall Morris, who served 23 years in the military, and started building her family while her Air Force career took them around the world.

She finished her bachelor’s degree while in the service and started a teaching career at age 25.

“I taught music and choir at many schools and carried a huge load of piano students for many years, winning numerous awards for my teaching and musicianship.”

Morris developed a successful program in San Antonio, Texas called Little Mozarts, where she teaches children the basics of piano in a classroom setting. She went on to direct performing arts studio for the next five years that landed her in Edmond, Oklahoma where her students went on to award-winning roles in music and theater.

She said one former student is an up-and-coming singer in San Antonio, while her own daughter, also a student, is a national piano competition winner two years running.

The awards and accomplishments of her students aren’t why she continues with a career in music.

“All along, I have kept up playing and singing while teaching. Since liturgical music is a passion of mine, I have been resident organist in Texas, Germany, New York, and of course Oklahoma. As a devout Catholic, I feel this aspect of my life gives back to our community in a spiritual sense.”

Morris and her husband, who is a bassist, have played in various bands together throughout the years. Currently, they play in a jazz band and keep busy in the Oklahoma City and Norman area. They plan to go on tour in Europe in September and will play in some capitals such as Madrid and Lisbon.

For more information on Morris and her music, visit www.facebook.com/jazzykeypianist.