After more than a week of driving from Indiana to Kansas, the 2013 Potawatomi Trail of Death Caravan concluded its journey at the old Sugar Creek mission in Linn County, Kans. on September 29.

The site, now called St. Rose Philipine Duschesne Historical and Memorial Park, hosted local residents of Linn County as well as the caravan’s participants, most of whom were Citizen Potawatomi members from across the Midwest. One notable attendee was Governor Sam Brownback of Kansas, who grew up on a farm near the old Potawatomi camp.

Following the celebration of a Mass by Fr. Jim White, Governor Brownback issued a proclamation on behalf of the state of Kansas that recognized the suffering and wrongs committed against the Potawatomi during their forced removal by the U.S. Army in 1838.

Reading directly from the proclamation, Brownback said, “I do hereby proclaim and recognize the Potawatomi Trail of Death and the special and historical significance the trail and the Potawatomi have with the State of Kansas, and expresses deep remorse for the ramifications of former wrongs and apologizes on behalf of the people of Kansas to all Potawatomi Peoples for the deaths, hardships and maltreatment their ancestors endured along the Trail of Death.”

District 4 Legislator Jon Boursaw, who invited the governor to the gathering, spoke after the ceremony in which Brownback presented him and District 1 Legislator Roy Slavin with a mounted deer as a show of sincerity.

“It was a very pleasant honor to be recognized by the governor,” said Boursaw. “He is originally from this area, knows of what happened here and of the sacrifices made by the Citizen Potawatomi and all Native Americans. He offered us a sincere apology in the form of a proclamation, and for that we thank him greatly.”

Accompanying Brownback were three ministers from Kansas City who also offered apologies and prayers of forgiveness for the treatment of Potawatomi.

The event at Sugar Creek was the culmination of the 6th edition of the Trail of Death Caravan, which coincided with the 175th anniversary of the original event. The caravan started out on September 23 in Rochester, Ind. and crossed through Illinois, Missouri before concluding at Sugar Creek on September 29. The trip of more than 600 miles stopped at several historical sites along the way, in addition to commemorating two new historical markers in Olathe, Kans. and Spring Hill, Kans.

If interested in learning more about the Potawatomi Trail of Death, please visit the Caravan’s website at www.potawatomi-tda.org. Despite it not occurring again until 2018, the website has history, maps and other information for anyone interested in visiting the sites seen on the trail. 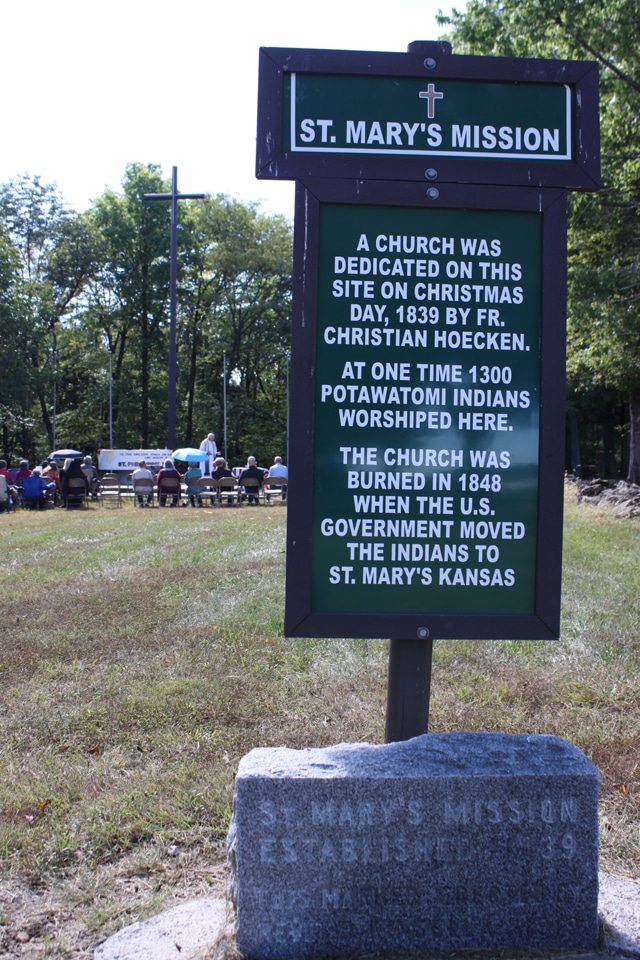 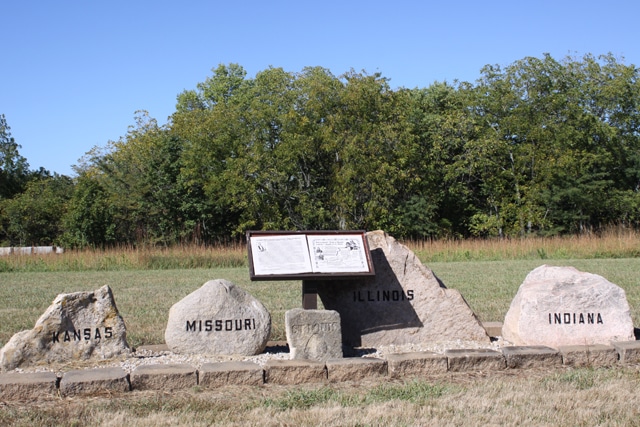 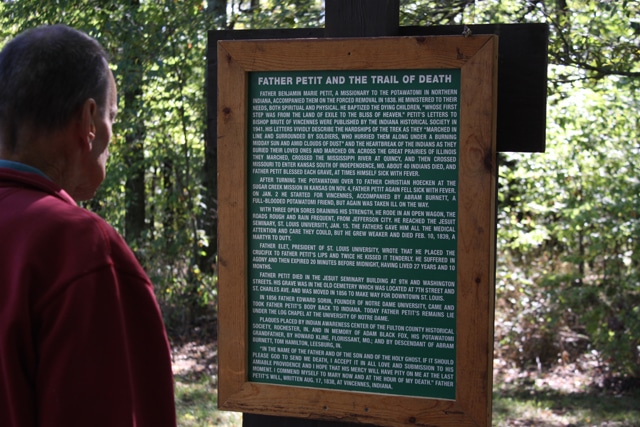